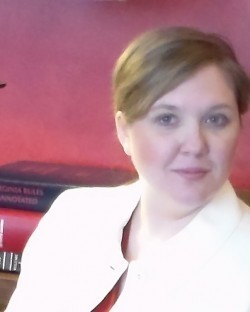 Criminal Defense and Family Lawyer
The Law Office of Sarah Raymond, PLLC
Fredericksburg, VA
About Résumé Reviews Contact
Not Yet Reviewed Review this lawyer
Is this you? Showcase your career achievements and connect with ideal clients.
Premium Placement
Enhanced Features
Upgrade to Enhanced Profile

Sarah Raymond graduated with a Bachelor of Science degree from Michigan State University in 1999. She developed an interest in the law while she worked as a laboratory technician with Water & Waste Services in Genesee County, Michigan.

Her work with DEQ and EPA regulations helped her to graduate from Thomas M. Cooley Law School with a concentration in Administrative Law in 2005.

After Sarah relocated to Virginia, she began her legal career in 2007 as an Assistant Public Defender in Fredericksburg, Virginia.

Over the years, Sarah has represented clients charged with everything from murder to littering.

She is an experienced advocate protecting a client’s due process rights at all stages, whether it be at jury trial, suppression motion, plea negotiation, or appeal.

After 8 years of serving only the indigent that were charged with crimes, Sarah decided to move forward with her legal career in 2015 and open a general practice firm focusing on criminal defense and family law.

Sarah currently lives in Stafford, Virginia, with her husband and son.