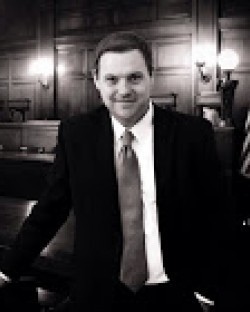 After law school, Michael Robinson began his career at the City of Newport News' Commonwealth Attorney's Office where he was assigned to the Juvenile and Domestic Relations Team. While there, Michael prosecuted misdemeanors and serious felonies in the Juvenile and Domestic Relations District Court and cases directly indicted, appealed or certified or to the Circuit Court.

After Newport News, Michael relocated with his family to Northern Virginia and continued prosecuting in Fauquier County (Warrenton). There, he prosecuted cases in the Juvenile and Domestic Relations District Court, the General District Court and the Circuit Court. Like in Newport News, these cases ranged from minor traffic violations, to serious felonies.

While prosecuting in Fauquier, Michael decided to open his own traffic and criminal defense law firm. In 2008, he made that dream a reality when he founded Robinson Law, PLLC.

Throughout his career, Michael has prosecuted and defended thousands of cases in both state and federal courts. He focuses exclusively on traffic and criminal defense matters.