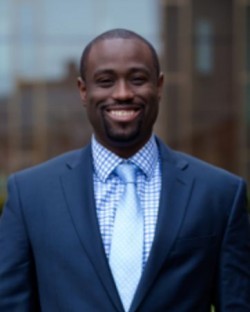 After graduating from college, Jonathon Luff attended Drexel University School of Law. In his second year of law school, he joined Drexel’s trial competition team. He competed in numerous tournaments where he helped his team reach the finals on more than one occasion.

His passion for criminal law and his desire to help those who do not have a voice, lead him to intern at the Public Defender’s Association in Philadelphia. He continued to intern at the Defenders Association for two years. After graduating law school and passing both the Pennsylvania and New Jersey bar exams, Jonathon decided to continue his work in public service and became a public defender.

Jonathon enjoyed a great career at the Defender Association where he learned how to conduct a trial properly. He was able to successfully represent countless clients and gain freedom for many wrongfully accused individuals.

Jonathon continues his career in the West Chester area. He brings with him to Ciccarelli Law Offices, the desire to help those who have been wronged by an unforgiving system, and a fire to defend constitutional rights.