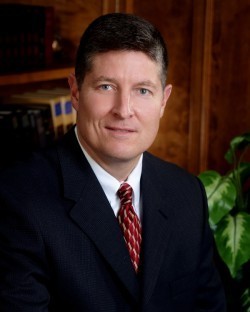 Personal Injury and Business Lawyer
The Stall Law Firm
Tulsa, OK
About Résumé Reviews Contact
Not Yet Reviewed Review this lawyer
Is this you? Showcase your career achievements and connect with ideal clients.
Premium Placement
Enhanced Features
Upgrade to Enhanced Profile

Douglas E. Stall has achieved a rare distinction in the legal profession by having obtained multiple, multi-million dollar victories for some of his clients. Notably, Doug won a $65,400,000 jury verdict for his client against a large Texas bank on charges of fraud. Very simply, Doug’s courtroom successes are the result of hard work. He has more than twenty-five years of experience as a trial lawyer in cases involving complex issues.

Hundreds of individuals and businesses throughout Oklahoma have already trusted Doug’s experience, expertise and dedication in all types of legal cases. His record of success before judges and juries proves that Doug is prepared, knowledgeable and convincing.

Doug leaves no stone unturned when he prepares his client’s case for trial. By developing a strategy early in the case, Doug focuses pretrial discovery efforts on what matters the most for a successful outcome. He has proved time and time again that excellent pretrial preparation translates into a winning strategy. With nearly one hundred trials behind him, Doug uses his experience to provide an aggressive and common sense approach to obtain the best results for his clients.

Dedicated to the needs of his Clients

Doug provides his clients with an early evaluation of the case so they can make the best informed decisions concerning their legal problem. His clients always know the status of their case and the options available to them.Doug takes seriously the responsibility to give his clients a full measure of his effort.His ability to connect with jurors makes him a formidable foe in the courtroom.

Doug has achieved an "AV" rating from Martindale-Hubble -- the highest rating awarded for skill, integrity and ethics.Doug also received the "Leadership in Law Award" presented by The Journal Record in Oklahoma.

Earning and keeping his clients’ trust is paramount to Doug Stall. His loyal clients are the highest testament to his abilities.

Doug earned the title, "Unites States Marine," and served as a Marine Officer from 1989 until 2000.In 2000, Doug transferred to and serves proudly with the Oklahoma Army National Guard.He presently holds the rank of Colonel.Doug commanded the 1-279th Infantry Battalion while deployed in support of Operation Iraqi Freedom from 2007 until October of 2008.