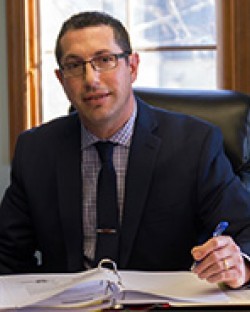 Criminal Defense and Bankruptcy Lawyer
Horwitz & Horwitz, LLC
Centerville, OH
About Résumé Reviews Contact
Not Yet Reviewed Review this lawyer
Is this you? Showcase your career achievements and connect with ideal clients.
Premium Placement
Enhanced Features
Upgrade to Enhanced Profile

Jon Horwitz is an experienced criminal defense lawyer dedicated to helping people charged of a crime. He provides honest, straightforward advice and advocacy in order to get the best possible result for each client.

Jon obtained a Bachelor of Arts degree in Chemistry from Indiana University – Bloomington and a Juris Doctorate degree from the University of Cincinnati College of Law.

While attending law school, Jon completed an externship with the Cincinnati Chapter of the American Civil Liberties Union (ACLU) as well as a judicial externship with Judge Burton Perlman of the United States Bankruptcy Court for the Southern District of Ohio. Jon also worked part-time with the Hamilton County (Ohio) Probate Court and was a law clerk with a Cincinnati law firm specializing in secured transactions under the Uniform Commercial Code (UCC).

Jon’s experience as a prosecutor gives him unique insight into what the prosecution is likely thinking in a particular case, allowing him to anticipate the prosecution’s next move. This knowledge helps Jon get the best possible outcome for his clients.

Jon currently lives in Centerville with his wife and two children. He is a former youth soccer and basketball coach. He continues to play soccer and is an avid fan of the sport.