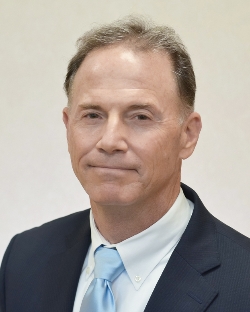 Michael Glass has been litigating personal injury and medical malpractice cases for more than 30 years. He has been involved in many cases resulting in million and multimillion-dollar recoveries. Michael graduated magna cum laude from St. John’s University (which he attended on a sports scholarship), with a 3.989 average. He thereafter attended St. John’s University School of Law on a full academic scholarship. Michael graduated from St. John’s Law School third in his class. During that time, he served as an editor of the St. John’s Law Review, the school’s law journal, and received the New York State Trial Lawyers’ Louis Harolds Award for Excellence in the field of Tort Law.

Michael has been a partner with RGLZ since 1988, and concentrates in the prosecution of complex personal injury, medical malpractice, and nursing home abuse cases. He regularly lectures to other lawyers on a variety of personal injury topics for the various New York State Bar Associations. He has also published seminar pieces for the New York State Bar Association on several trial-related subjects. He was admitted to the bar in 1982, and is a member of the Suffolk County Bar Association, the New York State Trial Lawyers Association, the American Association for Justice, and the Nassau/Suffolk Trial Lawyers Association. He and his wife Maureen, also a lawyer, have three children, including RGLZ Associate Attorney Christopher Glass.