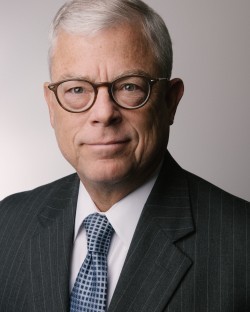 Guy R. Cook is a Des Moines, Iowa, native. He has been practicing law more than 30 years. He is a board certified trial lawyer by the National Board of Trial Advocacy. Guy has served as counsel in more than 1000 litigated matters and has tried more than 200 jury trials. Guy has extensive and wide-ranging courtroom experience. He has successfully defended major business litigation, obtained million dollar jury verdicts, and successfully defended significant federal criminal cases. He has tried complex civil and criminal cases throughout the state of Iowa, including wrongful death, serious personal injury, products liability, securities fraud, medical malpractice, semi truck collisions, insurance fraud, sexual assault, false arrest and breach of contract claims.Guy is a graduate of the University of Iowa and Drake University Law School. He worked his way through school as a union ironworker, campus security officer, and law library assistant. While in school Guy was vice president of the Liberal Arts Student Association, resident advisor for Acacia fraternity, and worked as a legislative intern in the Iowa General Assembly. During law school he was a staff writer and researcher for the Drake Law School Legal Research Service and a prosecutor intern in the Polk County Attorney's Office.Upon graduation from Law School, Guy served as a judicial law clerk for Justice J.L. Larson of the Iowa Supreme Court, assisting Justice Larson in researching and drafting legal opinions of the Iowa Supreme Court.In 1983, Guy was appointed Assistant United States Attorney for the Southern District of Iowa. As a federal prosecutor, Guy tried a wide range of criminal cases, including embezzlement, bank robbery, tax fraud, murder for hire, obstruction of justice, narcotic offenses, bank fraud, and kidnapping. Among the cases he prosecuted were the largest insurance fraud in Iowa history, the then largest drug case in Iowa history, and the largest tax evasion case in Iowa history. Guy received written commendations from FBI Directors William Webster and William Sessions. He has also received commendations for his trial work in major criminal cases by the District Director of the IRS and the Resident Agent of the U.S. Secret Service. In 1987, Guy was asked to join the Des Moines law firm of Grefe & Sidney, P.L.C. as a trial attorney. He is a senior partner practicing exclusively in the field of litigation. Guy's extensive courtroom work has taken him to courts across the state of Iowa. He has also appeared in federal courts in Iowa, Nebraska, Minnesota, Missouri and Illinois. He has been involved in nearly all types of litigation.In addition to his work as a trial lawyer, Guy is past president of the Polk County Bar Association, the largest metropolitan bar in the state of Iowa representing more than one-fourth of all the lawyers in the state. Guy is past President of the Iowa State Bar Association. He is also a member of the Drake Law School Board of Counselors.Guy was elected by fellow lawyers in Iowa to serve as commissioner on the Iowa State Judicial Nominating Commission, which interviews and screens judicial applicants for positions on the Iowa Supreme Court and Iowa Court of Appeals. He has also served as an appointed member of the Merit Selection Panel for selection of U.S. Magistrate Judges for the U.S. District Court for the Southern District of Iowa. Guy was appointed by the Chief Justice of the Iowa Supreme Court to serve as a member of the Iowa Supreme Court Grievance Commission. The Commission investigates and hears ethical complaints against Iowa lawyers. 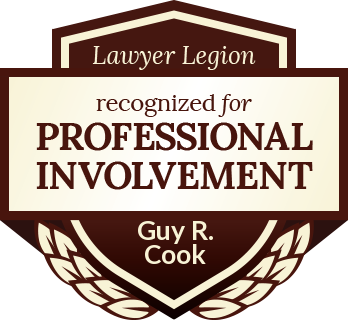