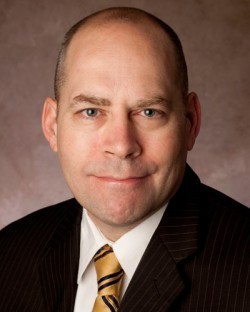 As the 2020 U.S. elections begin to come into focus, one of the continuing hot national economic issues is student loan debt. Student loan debt is generally non-dischargeable in bankruptcy cases, which makes finding financial relief extremely difficult for the millennial generation. Rep. Steve Cohen (D-TN), along with 10 other congressmen, has introduced a bill to the House, H.R. 885, that would amend Title 11 of the U.S. Bankruptcy Code to allow for certain student loans to qualify for discharge.

It is estimated that 44 million Americans are saddled with significant student loans. The total combined debt of those 44 million people is approximately $1.5 trillion, measurably more than all credit-card debt combined. The average debt owed per student borrower is about $37,000. For each individual student borrower, the monthly payment works out to be about $393.

The debts incurred from higher education for millennials has significantly shifted how college graduates view their financial future after school ends. Estimates now place the average millennial retirement age at 75. Economic analysts have determined that the impact of student loan debt has placed the homeownership dream out of reach for many younger Americans.

Eliminating or reducing student loan debt via bankruptcy is nearly impossible. One of the seemingly more attractive options is the Public Service Loan Forgiveness program (PSLF). PSLF allows a student borrower to have the entirety of their student loan forgiven as long as the borrower makes qualifying monthly payments for 10 years while working for a qualifying employer, which includes working for the government itself, 501(c)(3) non-profits, law enforcement, military service, public health, or public education.

While PSLF may sound appealing, the reality is that 99.5 percent of those who apply for PSLF are rejected. The total amount forgiven under the program so far is a paltry $5.52 million, with only about 300 out of approximately 900,000 PSLF borrowers approved.

Bankruptcy, as unsavory as it may sound to most, isn’t even an option. The Bankruptcy Code explicitly excludes qualified education loans from discharge. The case law that does provide some possibility for the discharge or reduction of student loan debt is very restrictive. Almost without exception, bankruptcy filers still have to repay 100% of their student loan. What H.R. 885 would do is simply remove the prohibition on discharging specific student loans from Title 11.

It seems doubtful the legislation will pass. Many fear that permitting, generally, the option to discharge student loans in bankruptcy, would have an irreparably-negative impact on the U.S. economy, akin to the housing market collapse in 2008. Government officials estimate that 11.5 percent of student loans are in default, or at least three months delinquent. That works out to about $172 billion.

While full or partial relief to student loan borrowers may be welcomed by many, the result of the sudden elimination of the massive debt owed to the U.S. Treasury would likely result in devastating consequences to the U.S. economy.

View Profile
Eric Alan Steiden
Eric Steiden has almost two decades worth of experience as a bankruptcy attorney. He has helped business and families work through financial setbacks that can often seem like daunting and impossible tasks. Since beginning Steiden Law Office in 2005, Eric Steiden has filed more than 6,000 cases throughout Greater Cincinnati and Northern Kentucky. He’s dedicated to helping those struggling with bu ...read more