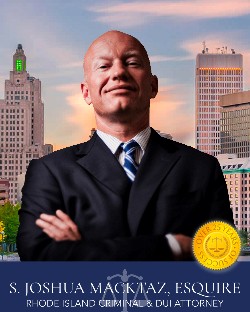 Categories:
Lawyers Practicing DUI / DWI
Update Required To play the media you will need to either update your browser to a recent version or update your Flash plugin.
0 0

No matter where you live, DUIs come with strict penalties. Rhode Island DUI laws are no exception to the rule. If you find yourself facing a DUI charge, there are a few things you should know. Understanding the process can make the situation much less intimidating. And it may even help you find a lawyer with experience who is capable of representing you. Here’s everything that you need to know about Rhode Island DUI laws.

What is a DUI according to Rhode Island DUI laws?

DUI laws vary from state to state, but they all have the same basic definition. When you drive under the influence, you could get a DUI charge. An officer can pull you over if he suspects impaired driving. If you have a blood alcohol content of .08 or more, an officer can charge you with a DUI.

If an officer charges you, you have a chance to prove your case in court. Until you have a fair trial, the court considers you to be innocent. After your court appearance, a judge can declare your innocence or guilt and deliver your sentence.

The Penalties for DUIs in Rhode Island

Many people assume that a DUI automatically means jail time. However, this isn’t the case. If you have no other DUI convictions and your incident occurred without any injury to a person, jail time is unlikely. Your first DUI offense is only a misdemeanor. As a result, the most you can receive is one year of jail time. Oftentimes, the penalty involves no jail time. Other penalties can include fines, treatment options, and community service.

What does a judge consider during sentencing?

There’s no definite way to say what your penalty will be according to Rhode Island DUI laws. While there are maximum restrictions to your sentence, the maximum sentence isn’t always issued. To determine your penalty, a judge looks at the specifics of your case. Here are a few things that could impact your penalty:

All people guilty of Rhode Island DUIs may be subject to a jail sentence, fines, community service, a safe driving course, license suspension, and a jail sentence. But the severity of the penalty varies. Relying on how many penalties you have and your BAC level, Rhode Island DUI laws outline the penalties. It’s important to note that you do have a right to decline the breathalyzer at the time of arrest. If you do, the court will suspend your license. However, this could be better than having a high BAC level. The higher the level, the more severe your penalty.

First-time offenders with a BAC within the .08 and .10 range can face the following consequences:

With a BAC of over .15, you may face the following penalties:

If the arresting officers fail to get your BAC, the penalties are the following:

If you have a prior DUI conviction on your record, your penalties will be more severe. A prior conviction within the last five years and demands jail time. Offenders with a BAC between .08 and .15 can face the following penalties:

If your BAC is over .15, the mandatory minimum jail sentence is six months. The fines can total over $1,750.

If you have two prior DUIs, your penalties are more serious. There are also other scenarios that can result in harsher penalties. For example, an underage DUI driver faces fines, community service, a suspended license, and more. Likewise, a commercial truck driver is held to higher standards. For truck drivers, the BAC is .04. The minimum license suspension for a first-time offense is one year. Second-time offenders face a suspension of ten years to a lifetime.

Dealing with Your DUI

If an officer suspects you of drinking and driving, there are a few things you should do. Avoid taking the breathalyzer and field sobriety test. Be respectful of the officer. Finally, call your RI DUI defense lawyer for help. He can give you advice on how to handle the situation.