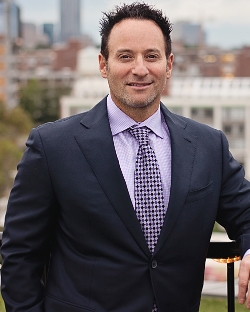 Scott Fortas has been licensed to practice law in Georgia since 1998. Attorney Fortas has successfully handled traffic ticket, speeding ticket and DUI defense for hundreds of Georgia drivers and has litigated and settled hundreds of lemon law and auto fraud claims against automobile manufacturers and dealerships. In addition he has handled criminal defense for clients accused of drug related and other criminal charges.

Mr. Fortas managed the Georgia division of Krohn and Moss, Ltd. from 1999-2005. The Fortas Law Group, founded by Attorney Fortas in 2006, is a criminal defense, lemon law and auto fraud firm in Atlanta, Georgia. Scott Fortas is a member in good standing of the Georgia Bar and has been admitted to practice before the Georgia Court of Appeals.

Mr. Fortas graduated from the University of Arizona in 1991. He received his JD from John Marshall Law School in Atlanta, GA in 1995. After graduating from law school, Mr. Fortas worked at a civil litigation firm in Phoenix Arizona. He then worked for the Monroe Law Firm, a firm with an emphasis on criminal practice, in Atlanta Georgia, before opening and managing the Georgia office of Krohn and Moss, Ltd.

0 points
Speeding ticket
Jun 2022
Client cited with speeding, 19 mph over the speed limit, attorney Fortas received a reduction for the client so that the violation will not impact his driving record or insurance rates as
Read more Case Results