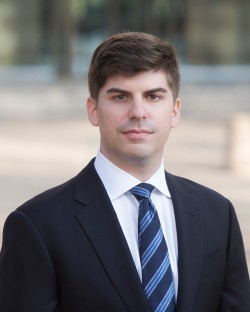 Michael Kaufman is an Atlanta native and recent graduate of Mercer University's Walter F. George School of Law. He obtained his undergraduate degree in History at the University of Georgia.

During law school, Michael worked as a law clerk for another Atlanta personal injury firm and also as a judicial clerk for the Presiding Justice of the Supreme Court of Georgia.

Michael was awarded a Faculty Award for Outstanding Legal Writing in 2013 and also the CALI Excellence for the Future Award in 2015. Michael is admitted to practice in the Superior Courts of Georgia.