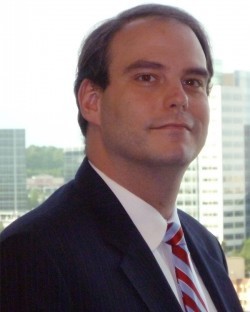 I came to Georgia to attend Emory University in 1995, and graduated with a degree in Political Science four years later. In 2002, I was awarded an Emory College Scholarship to attend the Emory University School of Law, and was an editor on the Emory International Law Review.

In 2005, I graduated with honors, finishing in the top 25% of my class. Since then, I have continued to be involved with the university as an alumni mentor.

After I graduated from law school, I joined the DeKalb County Public Defender's Office, one of the busiest and highest-regarded in Georgia.

I was immediately put to work. On my first day after finding out I'd passed the Bar exam, I was sworn in as a lawyer in the morning and handled a full preliminary hearing calendar that afternoon.

During my time in DeKalb, I represented over a thousand felony and misdemeanor defendants facing charges ranging from traffic charges to drug possession to aggravated assault. I was assigned as the sole attorney defending misdemeanor bad check cases and the sole attorney for Recorder's Court.

After over two years in DeKalb County, I left to started my own practice, working in both the criminal and civil courts to get the very best possible results for my clients.

There is no such thing as a minor criminal case.

Every criminal case, from a traffic ticket to a felony charge, is serious. Your rights and your freedom are at stake, and you need a knowledgeable, experienced criminal attorney at your side to protect you. A criminal case is not something you should face on your own.

I have helped people in your situation across Georgia.

I have represented clients in cases ranging from traffic violations to multiple felonies. I have saved my client's drivers' licenses, made sure their records stayed clean, and kept them out of jail. No matter what you have been are charged with, you deserve to have a lawyer who will fight for you.