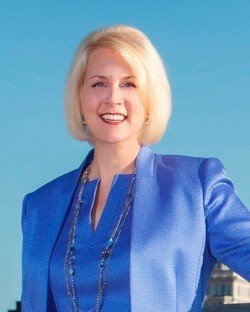 Ms. Jacobs began her legal career as a public defender, litigating dozens of jury trials over nearly a decade, from juvenile cases to homicides. She honed her trial skills during that period, and championed cases for her clients. During that time, she was one of the original authors of the Wisconsin Juvenile Law Handbook, published by the State Bar of Wisconsin, writing the original chapter on the Uniform Child Custody Jurisdiction Act.

In 2001, Ms. Jacobs left the public defenders office and began her career as a trial attorney in private practice, advocating for the rights of the injured. Since then she has represented hundreds of clients in a wide variety of cases, winning outstanding results for them, including at trial.

In addition to her strong practice, Ms. Jacobs is one of the authors of the Law of Damages book published by the State Bar of Wisconsin, co-writing the chapter on pain and suffering. She is also a frequent lecturer to attorneys across the state on many topics, including subrogation, ethics, election law, nursing home neglect, and has presented on those topics many times.

She has also been active in the Wisconsin Association for Justice, (Wisconsin’s Trial Lawyer Association), and was recently elected vice president. She has also served as program committee co-chair and remains a current board member. She is a founding member of the organization’s Women’s caucus, which began in 2007.

She was elected in 2012 to the Milwaukee Bar Association Board of Directors. Additionally, she has served as chair of the MIlwaukee Bar’s Lawyer Referral Information Service (LRIS) Committee since 2006. In recognition of her long-standing expertise in the area, the American Bar Association appointed her to their National LRIS committee, which oversees the certification of Lawyer Referral Services across the United States.

Ms. Jacobs speaks Spanish well, and represents many non-English speaking clients in a wide variety of cases. She is a member of the Wisconsin Hispanic Lawyers Association.She is a life-long resident of Milwaukee, residing on the east side with her husband and three children.