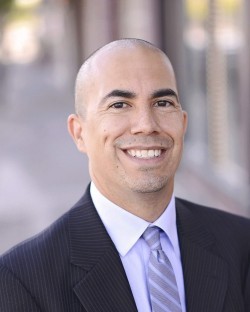 Jonathan Shaklee is a graduate of Gonzaga University School of Law and was admitted to practice before the Washington State Supreme Court in November 2007. Prior to law school, he earned a Bachelor of Arts degree in Political Science with a minor in Spanish from Western Washington University.

Jon was born in Orange, California to an undocumented Mexican mother and a farm laborer father from Jalisco. Shortly after his birth, he was adopted and eventually moved with his family to Roseburg, Oregon. From a very young age, friends and acquaintances often questioned him about his adoption and ethnicity. These questions encouraged Jon to reflect on what it meant to be Mexican-American and how he could contribute to the immigrant community.

After high school, Jon completed a two-year Spanish-speaking religious mission in Caracas, Venezuela and in various surrounding areas, including the island of Bonaire. Later, Jon traveled to the Dominican Republic and worked on the Luz Maria Learning Center in the village of Cruz Verde. His exposure to the harsh realities confronted by the people he met in these travels inspired him to pursue a career of service in the law.

During the summer after his first year of law school, Jon accepted a Judicial Internship with the U.S. District Court in Laredo, Texas. Throughout his time there, Jon witnessed the effects of U.S. immigration law and policy on the lives of hundreds of immigrants and their families along the Mexico border. This experience solidified his desire to become an immigration attorney and continues to motivate him today.

In his spare time, Jon enjoys playing basketball and hiking, reading about the social sciences, and spending time with his wife and two children.