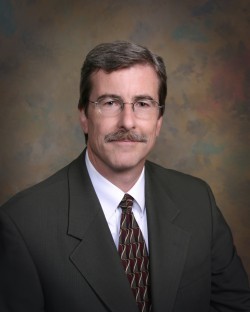 Probate and Personal Injury Lawyer
Anderson Hostnik PLLC
Tacoma, WA
About Résumé Reviews Contact
Not Yet Reviewed Review this lawyer
Is this you? Showcase your career achievements and connect with ideal clients.
Premium Placement
Enhanced Features
Upgrade to Enhanced Profile

Chuck grew up on the East Coast, but has resided in Washington State since 1976. He is a graduate of Dartmouth College, and attended law school at the University of Puget Sound in Tacoma. Chuck worked for the Washington State Attorney General's Office and a larger Tacoma law firm before forming Anderson, Burns & Hostnik, the predecessor firm to Anderson Hostnik PLLC. Chuck practices in both State and Federal Courts, as well as many Tribal Courts. Chuck is a retired Tribal Court Judge, having acted for 16 years as a judge on specific cases for 32 different Indian Tribes located in the states of Alaska, Washington, Oregon, California, Nevada, Idaho, Montana, Wisconsin and Nebraska. Chuck has also previously been appointed as a Special Master Judge for the Mashantucket Pequot Tribe in Connecticut. On occasion Chuck is still appointed by Tribes to act as a trial or appellate judge. In addition to Indian law, Chuck has an active personal injury practice, and does most of the business and corporation work in our firm. He also handles construction litigation, probate and real estate matters. Chuck has been a contributing author to "Washington Practice," a multi-volume reference publication used by attorneys throughout Washington State. In addition, he has been a speaker and instructor at several legal seminars and training sessions. He has been listed in Who's Who in American Law, Who’s Who in the World, and several other Who's Who publications for several years.

You can discover more about our firm at: www.AH-Tacoma.com