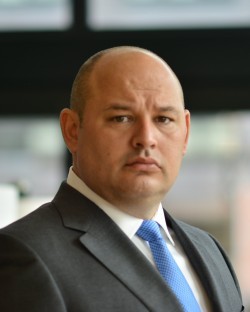 Criminal Defense Lawyer
Law Offices of Randall Sousa
Fairfax, VA
About Résumé Reviews Contact
Not Yet Reviewed Review this lawyer
Is this you? Showcase your career achievements and connect with ideal clients.
Premium Placement
Enhanced Features
Upgrade to Enhanced Profile

Fairfax Criminal Defense Attorney Randall Sousa uses his vast experience, passion, and charisma to achieve the best results for his clients. Randall holds a Bachelor of Arts from the University of Miami and Juris Doctorate from St. Thomas University School of Law. Upon graduating from the University of Miami in 1995, Randall moved to Washington, D.C. to accept a position at the internationally renowned law firm Debevoise & Plimpton. At Debevoise, Randall provided case-specific discovery support during the Department of Justice’s 1996 Campaign Finance investigation of the Democratic National Committee. This investigation ultimately spawned one the most comprehensive intergovernmental discovery disputes of the decade. During this time, Randall played a crucial role in identifying and locating relevant and responsive information which ultimately exonerated the DNC of any wrongdoing.

Randall’s high-caliber work at Debevoise caused the DNC to take notice, and in 1997, the DNC hired Randall to assist in the implementation of a strategic alternative algorithm which would allow for more efficient tracking of campaign financing contributions. In 2001, Randall left the DNC and transitioned into the the entertainment industry where he accepted a position at S.E.R. International Talent Agency. While at S.E.R., Randall served as a personal manager and business consultant to a number of Grammy Award-winning Latin musicians. In his capacity as a manager, Randall was intricately involved in the negotiation of major record deals; the coordination of concerts, live performances, and album releases; as well as public relations, crises management, and media consultancy.

In 2008, Randall left the entertainment industry to pursue his law degree at St. Thomas University School of Law in Miami Gardens, Florida. During this time, Randall worked at the Miami-Dade State’s Attorney Office and later served as a Law Clerk to the Honorable Leon Fritel of Florida’s Eleventh Judicial Circuit Court. Subsequent to receiving his law degree, Randall drew upon his professional relationships and media experience to provide crisis management and public relations consultancy services to clients involved in high-profile lawsuits. Randall has also provided consultancy and technological support to a major professional sports league during their high-profile investigation into the use of performance enhancing drugs by a number of professional athletes.

Randall founded the Law Offices of Randall Sousa and www.iDefendVA.com to protect all citizens from unreasonable and unlawful intrusions by law enforcement. Randall’s focus is never to cast judgment, but to ensure that those who have been accused of a crime get aggressive, fair, and knowledgeable representation while also ensuring that they receive the full extent of due process – a concept that has been preserved in our constitution through the Fifth Amendment. Unfortunately, law enforcement and prosecutors have no problem ignoring constitutional rights. In many respects, our system is broken, but the key to a good criminal defense attorney is being able to make that broken system work for his/her clients. If you are searching for an attorney who will be willing to go to battle with you against a flawed, cruel, and broken criminal justice system, then look no further.