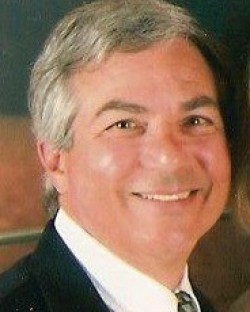 David P. Price retired from active duty as a Captain in 2003 after serving 25 years in the U.S. Navy Judge Advocate General's Corps.

He has earned a national reputation as a leader in Security Clearance representation. With over 35 total years of military legal experience, Mr. Price has litigated hundreds of trials as a prosecutor, defense counsel and military judge.

Mr. Price's active duty experience included assignments as a personnel officer (detailer); instructor in Criminal Procedure, Civil and Administrative Law and Editor-in-Chief of the Naval Law Review at the Naval Justice School; as legislative counsel in the Office of Legislative Affairs; as Commanding Officer of the Naval Legal Service Office in Norfolk, Virginia, the largest and busiest legal office in the Department of the Navy; and as a Military Judge.

While serving as a legislative counsel, Mr. Price was responsible for all personnel and medical issues affecting the Department of the Navy before congress.

Since retiring from the Navy Mr. Price has served as a Senior Vice President, Privacy and Compliance, and Chief Compliance Officer, for a health care provider in the TRICARE arena, in addition to engaging in the private practice of law, focused on security clearance adjudications and suitability determinations, along with other military law and criminal cases.

These varied experiences provide him with the knowledge and background to address any military law issue that may arise.

Mr. Price and his cases have also been featured in and he has been used as a reference resource for local, national and international publications, news services, broadcasts, documentaries addressing military legal issues and organizations such as BBC's "Five Live" (London), local as well as national PBS and NPR broadcasts, CBS News, Army and Navy Times, The Potomac News, USA Today, and The Capital (Bulgaria).

Finally, due to his wide-ranging expertise, Mr. Price has frequently been invited to appear as a professional expert resource for local, national and international news journalists, and a commentator on programs such as NPR's "Talk of the Nation," Chicago Public Radio's "Worldview," PBS's "Nightly Business Report," Sirius Satellite Radio's "CourtTV Radio," as well as local radio broadcasts. The following summaries of some of those broadcasts are provided: