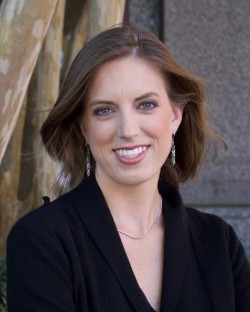 I'm a Roanoke criminal defense lawyer who handles all types of cases ranging from violent crimes to drug charges. I'm experienced and diligent in protecting my clients' rights and ensuring the best possible outcome for their cases. I offer free legal consultations to help you understand the Virginia criminal process.

I hired Lugar Law of Roanoke, VA on May 4, 2020 to represent me in regards to a speeding ticket I received in Roanoke County. At first I was pleased with their responsiveness and they quoted me a fee of $150.00 for them to represent me, which was considerably cheaper than other law firms that I had spoken to. I paid the fee and sent them a copy of my insurance verification and a copy of the ticket. At Cerid Lugar’s instruction I had my speedometer calibrated and emailed the firm a copy of the results. They in turn sent me an email showing a letter that they sent to a judge, noting that my speedometer was inaccurate. I was content that the matter was being taken care of. On Friday, May 22, I received a call from the admin at Lugar law stating that they had erred, and that they thought the speeding ticket had been issued in Franklin County instead of Roanoke County. I found this to be a bit incredulous given that they had a copy of the speeding ticket and it states clearly in boldface red letters ROANOKE COUNTY POLICE DEPARTMENT. The admin advised that since the offence happened in Roanoke County instead of Franklin county, that the fee would be $700 instead of the $150, which I had already paid. I was shocked to say the least. I had spoken to a few other lawyers in the area and the average fee was $360.00 and if Lugar Law had stated that ballpark figure, I would not have been that dumbfounded but an increase of FIVE HUNDRED and FIFTY DOLLARS??? The admin stated she would talk to Cerid Lugar and see if she would consider a compromise given that I had already paid the fee and the ERROR was due to Lugar Law, but she called me back and stated that Cerid Lugar would not lower the fee. At no point did Cerid Lugar call me to offer any detailed explanation or apology. I FIRED the law firm on the spot and demanded a refund, advising I would seek representation elsewhere. The fact that Lugar Law made such an egregious error and the fact that they were unwilling to acknowledge or accept responsibility for that error speaks volumes to their unprofessionalism. Attorneys are supposed to act in their client’s defense and a lot of trust is placed in them. Having that trust violated is a serious betrayal and what Lugar Law did to me felt like a SHAKEDOWN. If you are considering hiring them, I would advise you to FIND SOMEONE ELSE. Who knows how much they might SQUEEZE you for.
Read More Reviews