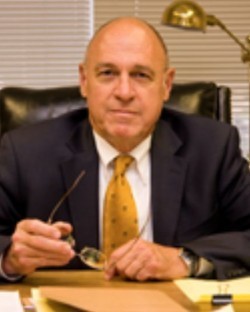 After receiving his law degree from the J. Reuben Clark College of Law at Brigham Young University in 1978, he worked in private practice in Salt Lake City from 1979 to 1998. He was a public defender from 1979 to 1984. In 1998 he became a founding partner of Brown, Bradshaw & Moffat.

With a practiced focused on criminal defense in both state and federal courts, he has tried cases in Utah and surrounding states.

Ken Brown has an "AV" rating with Martindale-Hubbell and has been listed frequently in "Utah's Legal Elite" in Utah Business Magazine.

As a member of the Utah State Bar, he is licensed to practice in all Utah state and federal courts. He is also licenced to practice in the Tenth Circuit Court of Appeals and the United States Supreme Court.

Active in the legal community, Ken Brown also serves as a member in the following organizations: