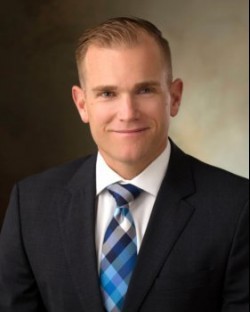 Personal Injury Lawyer
The Adovcates
Ogden, UT
About Résumé Reviews Contact
Not Yet Reviewed Review this lawyer
Is this you? Showcase your career achievements and connect with ideal clients.
Premium Placement
Enhanced Features
Upgrade to Enhanced Profile

As an attorney, Chris has extensive professional knowledge with legal litigation, and has been working since the day he graduated law school in 2014. He was admitted to practice in Oregon in 2014 and in Utah since 2015. His professional devotion with personal injury cases stems from life experiences.

In Dec. 2008, Chris graduated with honors from the University of Utah in Political Science and Economics. He then moved to Salem, OR to pursue his law degree. He graduated from law school with his Juris Doctorate from Willamette University in 2014.

Outside of the office, Chris is passionate about his family and the outdoors. He met his wife Joanna in Utah, and they have been happily married since 2008. Together, the Threshers have two children. The family of four love running and doing CrossFit together. Chris and Joanna will be partaking in the Boston Marathon in 2017.

Chris is involved with the Boy Scouts of America, and is an avid participant in his church.