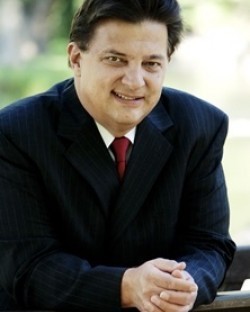 About Bryan A Larson

Bryan wrote a chapter in a book by Dr. Jay Shetlin entitled The Physicians’ Guide: Whiplash and Hidden Soft Tissue Injuries. A copy of this book can be obtained by contacting the law office. Trial magazine, by the Association of Trial Lawyers of America, published him in June 2003. He is also the editor of a bi-monthly newsletter to chiropractors.

Bryan has been recognized by Utah Business Magazine as one of Utah’s Legal Elite and Lawyers of Distinction in personal injury law. American Institute of Personal Injury Attorneys™ named both Bryan and his law firm, Larson Law, Top 10 for Client Satisfaction in 2016. Bryan is a Rue Ratings’ Best Attorney of America Lifetime Charter Member. He’s in The National Trial Lawyers Top 100 Trial Lawyers. He is one of The American Society of Legal Advocates Top 100 Litigation Lawyer. He was also recognized by the American Trial Lawyers Association as one of the top 100 trial lawyers in Utah. Bryan can be found in Who’s Who in American Law and Who’s Who in America.

Bryan’s highly successful practice focuses on insurance law and representation of injured people. Bryan has successfully tried numerous jury trials on both the plaintiff and defense sides. He is a popular and frequent speaker for various continuing legal education courses and community and civic organizations.

When Bryan was growing up, his family did not have much money. Life was largely a struggle. His father was a World War II veteran, his grandfather a World War I veteran. So in spite of the fact that life was difficult, a love of country was something ingrained in him at a very early age. The rights guaranteed in the constitution and a desire to defend and protect those rights was something that his family knew very well. Both in high school and college he found time and talent in speech and debate and was awarded scholarships to pay for his education because of it. Lucky thing too, because paying for college would have been next to impossible without that extra help.

Bryan is a firm believer in the individual responsibility of each of us to be fully accountable for the things we do that cause injury or harm to others.

Bryan is the proud father of 6 very talented children, including his second oldest, Adam Larson, who is also an attorney at Larson Law. One of Bryan’s children is a very talented pianist and the law firm annually sponsors a charity concert featuring him and his talents for local charities. In the past, we have raised money for Shriner’s Hospital, the Utah National Guard Trust and also the Children’s Justice Center. Bryan is married to the very lovely former, Ms. Kathy Stevenett. His three youngest children are very talented in their own personal hobbies, and excel in their talents. Bryan also plays bass in a rock band called "The Ditch Chickens".