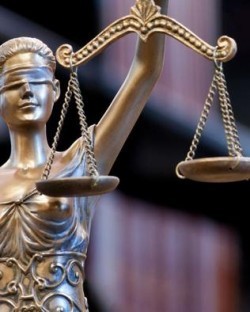 Traffic Ticket Dismissal Lawyer El Paso, Texas Did you get hit with a hefty speeding ticket? Allegedly ran a red light? My experience as a lawyer for traffic tickets in El Paso can help with a traffic ticket dismissal or an outcome to keep that violation off your record. I have handled many traffic ticket cases. Whatever your citation, I’ve seen it before – and, in most cases, have successfully resolved it without my client having to go to court. Traffic Ticket Lawyer El paso. Let me your traffic ticket attorney el paso take care of it for you.

After receiving a El Paso traffic citation in the City of El Paso, you have twenty-one days to pay your ticket or appear in court and enter a plea. In other jurisdictions / municipalities, the appearance date varies. If you do not make an appearance, a El Paso warrant will be issued for your arrest and your fine will increase. In addition, the Court may issue an additional offense known as a Failure to Appear.

The only way to dispose of this warrant is to post a cash bond for the fines owed or hire an attorney who can post a bond on your behalf so you do not have to come up with the money for the outstanding fine. In most instances, hiring an experienced El Paso traffic ticket attorney is less expensive than paying the fines. Simply paying the fine would result in a conviction on your record. A conviction on your record can mean additional fines from the State of Texas in the form of Surcharges which very few attorneys can help if any. As the saying goes "an ounce of prevention is worth a pound of cure". For City of El Paso Traffic Ticket Class C Misdemeanors other than traffic tickets (such as Public Intoxication, Minors in Possession, or Class C Assaults, city code violations), the attorney fees do vary.

Traffic Ticket Citation in El Paso, TexasDo you know how to have a traffic ticket dismissed or keep it off your driving record?Have you missed your appearance date? Check here here to see if you missed your court date for El Paso Municipal Tickets or here for County CitationsAre you concerned that the traffic ticket you forgot to pay is now in warrant status? No problem I can help.Would you like to have a lawyer who specializes in traffic issues resolve your traffic problems for you?Traffic Ticket Defense in El Paso, Horizon City, Clint and Socorro. Let me help you with your ticket and warrant issues in both the city (municipal) and county (justice of the peace) courts. I handle traffic ticket issues in the following cities: El Paso, Horizon City, Clint and Socorro.

Traffic Ticket Attorney El Paso TxLaw Office of Robert Navar is here to help you fight your traffic ticket citations in El Paso, Tx. I will do everything I can to get your ticket off your record. Give me a call 915-503-1600 for free quote today. If you think you may have an active warrant in El Paso, Texas I deal with warrant dismissal or getting them recalled for you. Call Robert Navar Traffic Ticket Attorney El Paso, TX if you have a traffic citation.