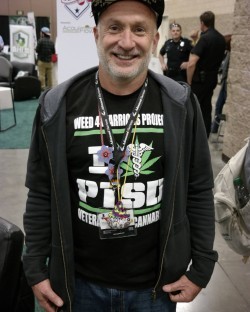 Ian Benouis is a West Point graduate, former Blackhawk helicopter pilot, and combat veteran who participated in Operation Just Cause in the Republic of Panama.

This operation was the largest combat operation in US history focused directly on the War on Drugs.

Ian grew up in Hawai’i in the 1970’s where cannabis was decriminalized and fully integrated in to the culture.

He has been healing himself of trauma for over 20 years with sacred plants, a spiritual practice, and being a student and practitioner of ethnobotany.

Ian is a casualty of the drug war having been busted for a friend’s cannabis while in law school.

He is an intellectual property attorney who has been working in corporate America for over 25 years in the primary roles of Sales and Marketing and General Counsel.

Ian is a political activist in the cannabis and natural plant medicine space nationally and here in Texas.

He is part of a number of non-profit organizations dedicated to healing veterans who have PTSD with cannabis and other sacred plant medicines (learn more at Veterans for Entheogenic Therapy and Weed for Warriors).

He has also been the Chairman of the Board for a public policy foundation in Texas for over 7 years.

He is member of the team working on the movie Shock to Awe a feature-length documentary that will chronicle the journeys of military veterans as they seek relief from Post-Traumatic Stress Disorder with the help of ayahuasca, MDMA ("Ecstasy"), and cannabis.

Ian was recently featured in the Spike Jonze produced episode Stoned Vets on Weediquette the new cannabis focused show on Viceland on HBO with a number of other veterans protesting the VA’s policy on medical cannabis and trying to end the veteran suicide epidemic.