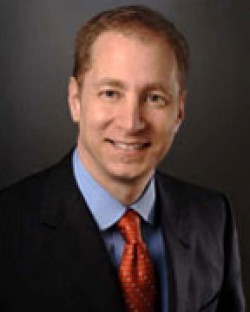 Grant M. Scheiner is a Houston criminal defense attorney and principal of Scheiner Law Group, P.C. He has practiced law in Texas since 1992. Mr. Scheiner established a private practice in 1995. He has extensive trial experience and has represented individual clients in a wide variety of legal matters in state and federal courts. Mr. Scheiner is Board Certified in Criminal Law by the Texas Board of Legal Specialization. In 2006 - present, Mr. Scheiner was named one of "Houston's Top Lawyers" by H-Texas Magazine. In 2009 - present, Texas Monthly Magazine named Mr. Scheiner a "Texas Super Lawyer" in the categories of Criminal Law, Driving while Intoxicated (DWI) and Federal White Collar Defense. He is currently listed as one of the "Top 100 Trial Lawyers" in the State of Texas by the National Trial Lawyers Association.

Mr. Scheiner is co-author of the book, Defending DUI Vehicular Homicide Cases, 2012 ed., which will be published by West, a Thomson Reuters business. He is a frequent author, lecturer and legal course director on topics ranging from criminal defense, cross examination, Driving while Intoxicated and the effective use of technology in the courtroom. Mr. Scheiner has also lectured the Houston Psychiatric Society on the Texas Insanity Defense. He serves on the annual faculty of the Texas Trial Lawyers College in Huntsville, Texas.

Mr. Scheiner has studied police procedure and is a certified practitioner and instructor of Standardized Field Sobriety Testing, by the National Highway and Traffic Safety Administration and the International Association of Chiefs of Police. He is one of a handful of attorneys in the United States to have completed an American Chemical Society-approved course in "gas chromatography", which is the science behind blood testing of alcohol and other substances. Mr. Scheiner has also completed an intensive Spanish language "immersion" program at the internationally acclaimed Academia Hispano Americana in San Miguel de Allende, Mexico.

Mr. Scheiner occasionally serves as a Hearing Examiner for the Civil Service Commission of the City of Houston. He presides over cases in a tribunal of record and resolves disputes between City of Houston employees (including firefighters and police officers) and their respective departments. His written opinions are noted for their fairness and consistency.

Mr. Scheiner is a 2011 graduate of the nationally renowned Gerry Spence Trial Lawyers College in Dubois, Wyoming. He received his juris doctorate from the University of Houston Law Center in 1992. As a law student he was active in trial and appellate advocacy. He earned first-place honors in Law Center mock trial, moot court and negotiation competitions. He was also a member of the National Mock Trial team. Upon graduation, Mr. Scheiner was inducted into the prestigious Order of the Barristers. He graduated with a Bachelor of Arts Degree in Communication from Trinity University in 1986.

Board Certified Specialist
Criminal Law
Texas Board of Legal Specialization
1998 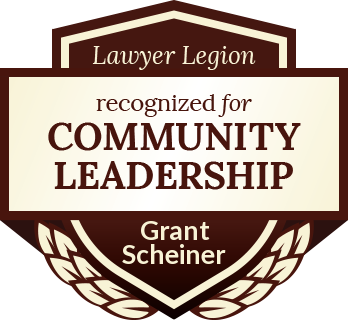 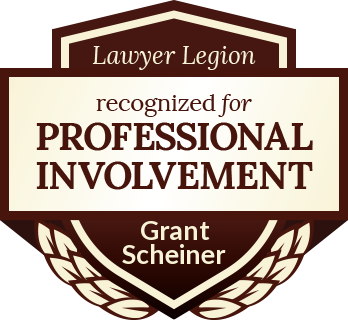