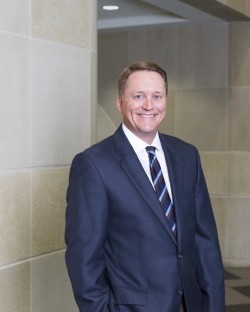 Donald H. Kidd has over 20 years of legal experience and has been named a member of the Million Dollar Advocates Forum. He is Board Certified in Personal Injury Trial Law by the Texas Board of Legal Specialization, a distinction granted to less than 10% of lawyers.

After graduating from the University of Texas at Austin with his Bachelor of Business Administration, Mr. Kidd attended South Texas College of Law. During his studies there, he was inducted into the Order of the Lytae, a prestigious legal honor society, and the Phi Delta Phi legal fraternity. He achieved the Dean’s List each semester, was the Vanderbilt Invitational Moot Court Champion and graduated with his Juris Doctorate summa cum laudein 1991. Mr. Kidd is licensed to practice law in Texas and he is currently licensed to appear before the United States District Courts for the Southern, Northern, and Eastern Districts of Texas, the United States Court of Appeals for the Fifth Circuit, and the United States Supreme Court. In addition, he has appeared pro hac vicebefore state courts in California and Missouri.

Following law school, Mr. Kidd joined the law firm of Fulbright & Jaworski, LLP as an associate before serving as Senior Trial Lawyer with Jim S. Adler & Associates. After eleven years with this firm, Mr. Kidd joined with Jim Perdue to found what is now Perdue & Kidd to pursue justice for personal injury victims and in commercial litigation. He represents clients in cases arising from car crashes, truck wrecks, workplace fires and explosions, and defective products, among others.

His participation in the legal community includes serving as former president of the Houston Trial lawyers Association, a past Vice President of Communications and Director of the Texas Trial Lawyers Association, and former panel chair of the State Bar Grievance Committee, as well as membership in the Houston Bar Association, Texas Center for Legal Ethics and Professionalism, College of the State Bar of Texas. He is currently a member of the Exam Committee for the Texas Board of Legal Specialization Personal Injury Trial, and is a Life Fellow of both the Houston Bar Foundation and the Texas Bar Foundation. He has been named to the American Board of Trial Advocates and is a Sustaining Member of the American Association of Justice. He has been listed as a Texas SuperLawyer every year since 2004, named one of the "Best Layers for the People" by H Texas Magazine 2006 through 2009, and has a rating of AV Preeminent by Martindale-Hubble.

When not in the office, Mr. Kidd very much enjoys golfing. He is an active member of Chapelwood United Methodist Church and has one son and one daughter with his beautiful wife, Tammy. 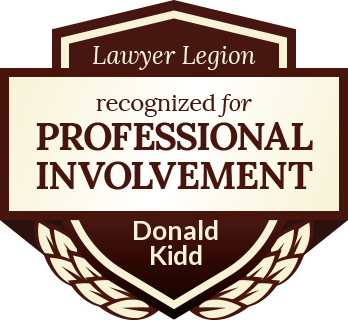