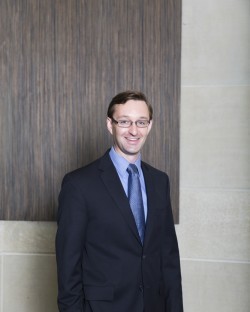 Personal Injury and Consumer Lawyer
Perdue & Kidd, LLP
Houston, TX
About Résumé Reviews Contact
Not Yet Reviewed Review this lawyer
Is this you? Showcase your career achievements and connect with ideal clients.
Premium Placement
Enhanced Features
Upgrade to Enhanced Profile

About Brian B. Winegar

Brian Winegar joined Perdue & Kidd in 2010 after serving the Texas Department of State Health Services as a Regional Public Health Emergency Preparedness Coordinator for over four years. Prior to moving to Texas, he worked in the non-profit healthcare sector in New York.

Brian obtained his Bachelor of Arts in Theology and Philosophy from Boston College, as well as his Masters in Public Health from Columbia University. He graduated from the University of Houston Law Center in 2011 with his Juris Doctor.

Brian brings his healthcare background to the firm, working on multi-district litigation including ConforMIS knee replacements, DePuy ASR and Pinnacle hip replacements, Transvaginal Mesh, and Xarelto. The week Brian became an attorney, he gave closing statements in a successful wrongful death case in his hometown of Beaumont, Texas. The verdict was listed by Texas Lawyer as one of the top three medical malpractice verdicts of 2012. Brian was also part of the team that received a $2.24 million verdict for a client against Abbvie Pharmaceuticals in Cook County Circuit Court in Chicago, Illinois, after more than two years of litigation. In federal court, Brian sat second counsel chair in a negligence case that received a unanimous $1.85 million verdict for a client who was shot in the leg at a hunting camp.

In his spare time, Brian volunteers for the HBA Special Olympics Committee and is active in supporting RISE School of Houston. Brian is also an involved member of St. John Vianney Catholic Church, and he and his wife Cate are looking forward to welcoming their fourth child.