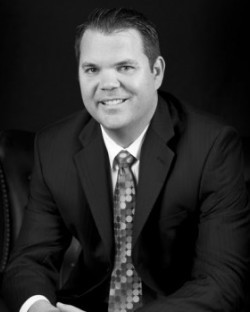 Insurance Bad Faith Lawyer
The Voss Law Law Firm, P.C.
The Woodlands, TX
About Résumé Reviews Contact
Not Yet Reviewed Review this lawyer
Is this you? Showcase your career achievements and connect with ideal clients.
Premium Placement
Enhanced Features
Upgrade to Enhanced Profile

Motivated by the potential to be a force for positive change in the world, Voss was interested in law at a young age. As he tells it:

"I wanted to be the conduit by which the everyday person could have a voice against billion-dollar conglomerates. I knew that as a lawyer I would be able to facilitate real change on behalf of everyday working people."

After graduating in 2004, he founded The Voss Law Firm, P.C. where he quickly established himself as a rising star in the field of large loss insurance claim litigation. Today, he has been named a Super Lawyer by his peers and is considered to be one of the Top 10 Trial Lawyers in America. True passion and advocacy for positive change are what set Mr. Voss apart from his colleagues. He is galvanized by challenge and thrives in the face of conflict with the multibillion-dollar conglomerates and insurance corporations he works against on a daily basis. In an effort to inform and educate his community, Voss has published several books, including titles such as Disputes With Your Insurance Companies – What All Consumers Need to Know, and Learn the Basics of Commercial Insurance and Protect Your Business. His commitment to staying involved and present in the lives of people for whom he advocates so fiercely pays off. He has a reputation for stellar client service and sets the industry standard for expertise in his particular niche. With such a particular specialization, focusing not only on insurance claims but specifically on policyholder advocacy on a large-loss basis, Voss understands the importance of continuing to hone his knowledge base and litigation skills. As a leader in his field, Voss pays close attention to prevailing trends in his industry. Lately, he has been focusing on large loss insurance claims involving school districts throughout the South, along with several church claims. He recently noted:

"It still amazes me that these billion-dollar insurance companies never fail to discriminate. It doesn’t matter if you’re an eighty-year-old grandmother or a large multi-district school system, or even a megachurch leading faith worship for thousands, these insurance companies will stop at nothing to consistently deny, delay or underpay - just to save a dollar."

With more than a decade of experience, Voss shows no signs of slowing down. His firm is growing rapidly, and he has set his sights on handling half a billion dollars in large-loss claims over the next two to five years. When he’s not practicing law, Voss loves to bluewater fish and spend time with his wife and two children.