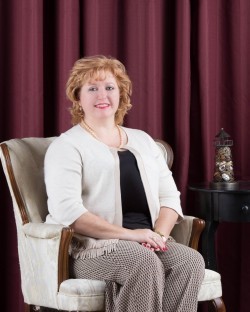 Ms. Ohlrich served as a Foreign Service Officer with the U.S. Department of State in the U.K., Brazil, Washington D.C. and Mexico, and has been a professor at St. Mary's University since August 2005, whilst also founding the immigration sections of two San Antonio law firms until finally creating her own firm in 2012.

Anne has presented on panels for the Department of Homeland Security; the President’s Peace Commission at St. Mary’s University and conferences with UTPA, and has appeared as a source for international law and security on Texas Public Radio and Texas Week with Rick Casey. Anne has also presented on EB-5’s at the AILA Spring Conference in New Mexico in 2012, and on H1B alternatives at the AILA Spring Conference in 2013 in Texas, and on E2 and Investment Alternatives in Santa Fe, NM in April 2015. Ms. Ohlrich was also proud to be part of the First CIL CLE in Orlando, FL in 2017 to present on Consular Issues. The Ohlrich Law Firm has sponsored The St. Mary’s Scholar Symposium on Immigration Laws, for which Ms. Ohlrich was a key speaker in March of 2014, as well as internships with the Archdiocese of San Antonio and St. Mary’s University School of Law.

Ms. Ohlrich currently serves as the Vice Chair for the Committee Overseeing the Laws on Immigration and Nationality for the State Bar of Texas and previously served on two terms on the Committee on the Texas Rules of Professional Responsibility. Ms. Ohlrich also served two years with the American Immigration Lawyers Association Committee for Business Immigration: the only Texas Member on the committee.