DUI / DWI and Criminal Defense Lawyer
Best & Brock
Chattanooga, TN
About Résumé Reviews Contact
Not Yet Reviewed Review this lawyer
Is this you? Showcase your career achievements and connect with ideal clients.
Premium Placement
Enhanced Features
Upgrade to Enhanced Profile

Attorney R.Garth Best is a native of Cleveland, TN where he graduated from Bradley Central High School in 1998. He is an alumni from the prestigious Virginia Military Institute (Class of 2003). Upon graduation from VMI he received a degree in International Studies (B.A.) with a concentration in Middle Eastern Studies, as well as minors in Arabic and Business.

During his studies at VMI, Mr. Best had the opportunity to study abroad in both Morocco and Egypt. His studies abroad concentrated on Arabic and Political Science while studying at the American University of Cairo. Upon graduation, Mr. Best came back to TN to work with his father in the jewelry business.

After working in sales for about a year, Mr. Best made the decision to attend law school while he still worked full time with his father. During the second year of his studies at the Nashville School of Law, he decided to try an internship at the Public Defenders Office in Hamilton County, TN where he was granted a provisional license to practice law through their services by the Tennessee Supreme Court. After his internship had ended, and throughout the rest of his studies in law school, Mr. Best volunteered over 20 hours a week to indigent defense through the services of the Public Defenders Office. Mr. Best was also elected Vice President of the Honor Council of his law school in 2007 & 2008.

By the time Mr. Best had graduated law school he had conducted preliminary hearings on Murder cases, defended violent offenders on probation violations, and had successfully negotiated over 200 cases. After attaining his Doctorate of Jurisprudence from the Nashville School of Law 2008, he decided to go back to the "training grounds" of the public defenders offices where he was employed as an Assistant Public Defender until he went into private practice in 2010.

He is admitted to practice in all state courts of Tennessee, as well as in federal court for the Eastern District of Tennessee. Mr. Best has vast experience defending almost every type of criminal violation from DUI to Murder. He has handled both criminal and civil cases arising from matters throughout Tennessee and Northern Georgia.

Mr. Best's primary concern is his clients. He tries to make sure that every client feels respected and understood. He also know that not every case is the same and that each of his case's outcome is critical to his maintaining a solid reputation. That is why he strives to meet each client's goals and treat them like they are his primary concern. He is not afraid to fight for your rights, and knows that sometimes the best defense is a good offense!

Member
National Organization for the Reform of Marijuana Laws
2019 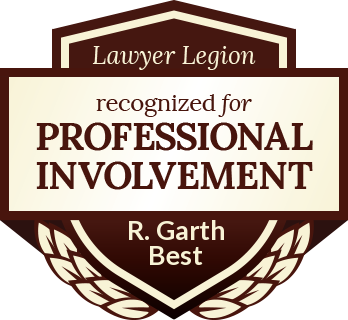