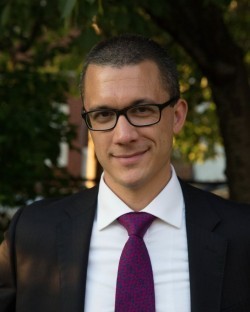 Zak Goldstein is a Philadelphia criminal defense and civil rights attorney. Zak Goldstein has experience trying hundreds of cases before judges and juries, and he has represented clients in both state and federal court. He has successfully obtained full acquittals for his clients in both bench and jury trials. When appropriate, he has also been able to obtain favorable non-trial dispositions such as the dismissal of charges, entry into diversionary programs, or negotiated pleas to significantly reduced charges.

Prior to entering private practice, Zak Goldstein was an Assistant Defender with the Defender Association of Philadelphia; one of the most well regarded and highly trained public defender offices in the country. As a defender, he represented thousands of clients charged with crimes ranging from simple misdemeanors to the very most serious and complex felonies. After leaving the Defender Association, Zak Goldstein worked as an associate for a nationally recognized AmLaw 200 law firm specializing in complex civil litigation.

Zak Goldstein started his own practice because he is passionate about defending the constitutional rights of the accused and helping victims of police misconduct obtain justice. He is an experienced advocate who will fight hard for your rights in order to make sure that you have every possible advantage when dealing with the power of the police and the prosecutor.