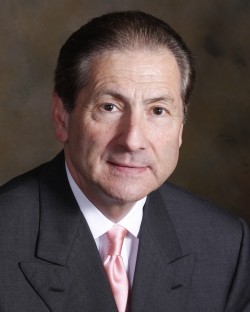 A graduate of the University of Michigan, Attorney Ambrose received his J.D. from the University Of Cincinnati School Of Law. He is the senior partner at Ambrose Law Firm in Erie, PA. He exclusively handles litigation matters, with a heavy emphasis on major criminal defense, white collar defense, plaintiffs medical malpractice and commercial litigation in various state and federal courts throughout the country. Mr. Ambrose is a past Vice President of the Pennsylvania Association of Criminal Defense Lawyers, and a member of the Pennsylvania Trial Lawyers Association and the Pennsylvania and American Bar Associations. He has represented a wide array of clients, spanning from politicians, lawyers, police officers, doctors and Fortune 500 companies to alleged murderers and drug dealers.

In 1991, he was named a Fellow of the American Board of Criminal Lawyers, the premier criminal law organization in the country. He has also been listed in The Best Lawyers in America - Criminal Law section for Pennsylvania every single year since 1993. In 2013, he was named as the best criminal lawyer in Pittsburgh by Best Lawyers in America. For 25 years, Attorney Ambrose has been listed in Pennsylvania Super Lawyers in the Violence and White Collar Criminal Defense section for Pennsylvania. In addition, he is listed in the February 2015 edition of Philadelphia and Pittsburgh Magazine, as one of the top lawyers in White Collar Criminal Defense.

Over the past 39 years, Attorney Ambrose has tried over 150 major felony cases to conclusion. He has handled 59 homicide defenses inside and outside of the Commonwealth of Pennsylvania. He has also tried cases in 16 different states, the majority of those being in various Federal District Courts. At the present time, he devotes 100% of his practice to trying major criminal and civil cases inside and outside of the state of Pennsylvania.

Attorney Ambrose has lectured extensively to various legal organizations on criminal defense and plaintiff's medical malpractice trial tactics, as well as at various law schools, including the University of North Carolina at Chapel Hill, regarding both civil and criminal trial practice.

Attorney Ambrose is a member of the Top 100 National Trial Lawyers which is an invitation-only organization composed of the premier trial lawyers from each state or region who meet stringent qualifications as civil plaintiff and/or criminal defense trial lawyers. Selection is based on a thorough multi-phase objective and uniformly applied process which includes peer nominations combined with third-party research. Membership is extended only to the select few of the most qualified attorneys from each state or region who demonstrate superior qualifications of leadership, reputation, influence, stature and public profile measured by objective and uniformly applied standards in compliance with state and national rules.

Fellow
American Board of Criminal Lawyers
1991 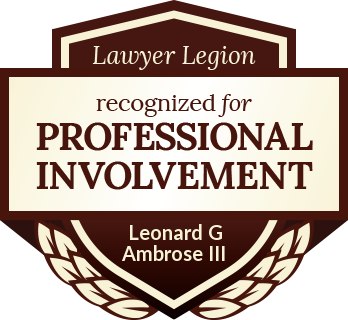