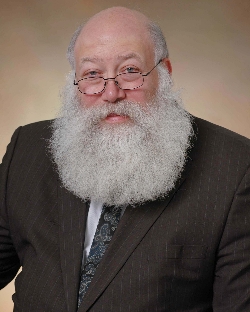 Bankruptcy Lawyer
Butler, PA
About Résumé Reviews Contact
Not Yet Reviewed Review this lawyer
Is this you? Showcase your career achievements and connect with ideal clients.
Premium Placement
Enhanced Features
Upgrade to Enhanced Profile

Mr. Rosenblum is a sole practitioner in Butler, Pa who concen­trates on consumer and small business bankruptcies.  He earned his Juris Doctor from the University of Southern California Law Center in 1979, his Artium Baccalaureus from Vassar College in 1975, and his Diploma from Shady Side Academy in 1970.  He was all but dissertation for a Master of Laws in Taxation from Georgetown University in 1980.  He is a former Permanent Divorce Master for the Court of Common Pleas in Butler County, and was a law clerk to President Judge John C. Dillon, Judge Floyd A. Rauschenberger, Judge John H. Brydon, and Senior Judge George P. Kiester.  While at Georgetown he clerked for Patton, Boggs & Blow, and while at U.S.C. he was a Certified Law Clerk (Prosecution) for the City Attorney’s Office of Santa Monica, California.  Between college and law school he was a paraprofessional for Skadden, Arps, Slate, Meagher & Flom.  After returning to Butler, he was in-house tax counsel for R.O. Solkovy & Associates, C.P.A.  He is a member of the Standing Bankruptcy Rules Committee and the Attorney Advisory Committee for the Bankruptcy Court of the Western District of Penn­sylvania.  He is a Master in the Judith K. Fitzgerald Bankruptcy Inn of Court.  He was a Presenter in “How to Get Rich as Bankruptcy Counsel Without Getting into Trouble!” at the 16th Annual Bankruptcy Institute in 2011, an Adjunct Professor in business law at Butler County Community College in 1986, and an Adjunct Professor in legal research and in taxation at Indiana University of Pennsylvania in 1982.  He was the Butler County Pro Bono Lawyer of the Year in 1990.