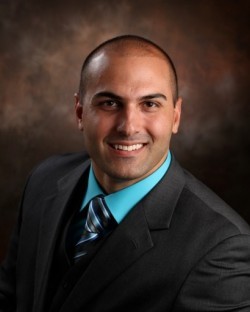 After graduating from Warren G. Harding High School in 2003, Dimitri moved to Columbus to attend The Ohio State University, where he earned his Bachelor of Science in Business Administration in 2008 from the Fisher College of Business. his hard work and commitment, he earned varsity letter recognition, Academic All Big-Ten Honors, and multiple Big Ten Championships as a long snapper for the Buckeyes under Coach Jim Tressel.

After graduating from OSU, Dimitri received his Juris Doctor degree from Capital University Law School in 2012. While attending Capital, he worked for the Columbus City Prosecutor’s Office as well as Capital University’s General Litigation Clinic.

As an intake officer with the City Prosecutor’s Office, Dimitri gained valuable experience dealing with a wide variety of criminal misdemeanor complaints, charges, and offenses. He was charged with the responsibility of building and establishing the foundation of the prosecution’s case, including interviewing witnesses, compiling evidence (through the issuance of subpoenas, telephone interviews and in-person interviews), evaluating the evidence and preparing the criminal complaint and charges.