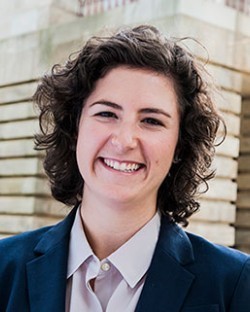 Education Lawyer
Raleigh, NC
About Résumé Reviews Contact
Not Yet Reviewed Review this lawyer
Is this you? Showcase your career achievements and connect with ideal clients.
Premium Placement
Enhanced Features
Upgrade to Enhanced Profile

Rebecca Fleishman received her undergraduate degree, with distinction, in history and art history from the University of North Carolina. She received her J.D., with honors, from the University of North Carolina School of Law, where she was a staff member and editor of the First Amendment Law Review and an Honors Writing Scholar. Upon graduation, Ms. Fleishman served as a staff attorney for the United States Court of Appeals for the Fourth Circuit.

Prior to joining Tharrington Smith, Ms. Fleishman served as a law clerk for the Honorable Catherine C. Eagles of the United States District Court for the Middle District of North Carolina.

Ms. Fleishman's practice includes represntation of public schools and other educational institutions. She is licensed to practice in North Carolina and admitted to practice before the United States District Courts for the Eastern and Middle Districts of North Carolina and the United States Court of Appeals for the Fourth Circuit. Ms. Fleishman is a competitive hunter/jumper horseback rider and lives with her husband in Durham.