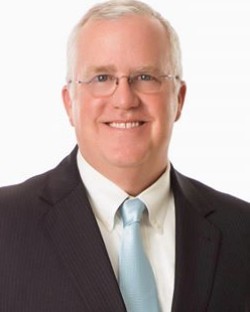 He graduated with distinction from Campbell Law School in 1986. At Campbell he was an associate editor for the Law Review, President of the Moot Court Board, member of the National Moot Court Team, a recipient of a merit scholarship and was inducted into Omicron Delta Kappa, and Phi Kappa Phi Honorary Fraternities.

Mr. Meekins began his law practice in Raleigh with the law firm of Young, Moore, Henderson P.A. and became a shareholder in the firm in 1991. He handled litigation throughout the state of North Carolina, primarily as a defense attorney representing businesses, Physicians, and other professionals. He moved to Shelby, North Carolina in 1994 to establish the law firm of Teddy & Meekins, PLLC and to concentrate his practice towards helping individuals. Mr. Meekins practices primarily in the area of personal injury litigation and workers compensation. He is Board Certified in the area of Civil Trial Advocacy by the National Board of Trial Advocacy and is also a Board Certified Mediator, having received his certification in 1994. Mr. Meekins has been lead counsel in cases pending in over 60 counties in the state of North Carolina. He has written articles, and lectured throughout North Carolina on topics including, but not limited to, Premises Liability, Professional Negligence, Nursing Home Malpractice, Professionalism, Auto Accident Trials, and the proper evaluation of tort cases.

The Norman A. Wiggins School of Law (Campbell University)
JD-Law
1986
The University of North Carolina at Chapel Hill
B.A. In Psychology
1983
Show More 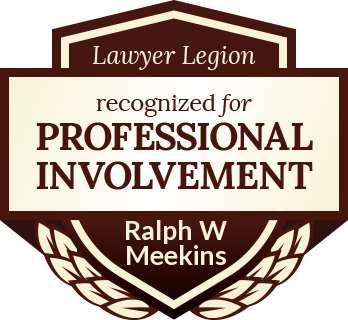