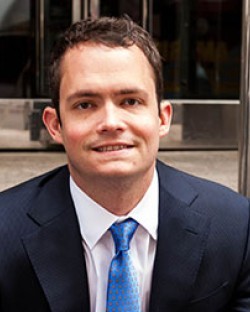 Matt Farr is a native of Bradenton, Florida. He is a 2013 graduate of the University of North Carolina-Asheville and holds a B.A. with distinction in Political Science. He received his J.D. in 2016 from the UNC Chapel Hill School of Law where he was a Dean’s Fellow, a Journal of Law and Technology staff member, winner of the Eugene Gressman & Daniel H. Pollitt Oral Advocacy Award, and a Kilpatrick Townsend IL Mock Trial Competition quarterfinalist.

Upon graduation, Matt accepted an academic fellowship to teach American law to law students from Germany and across the European Union at University of Tübingen, one of Europe’s oldest universities. There, he served as a visiting lecturer and academic fellow. Matt joined Tharrington Smith’s family law team upon his return from Germany in early 2017.