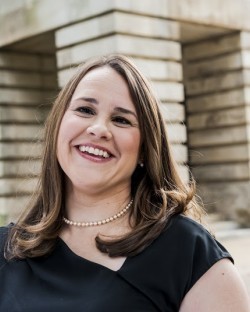 Estate and Probate Law and Estate Planning Lawyer
Hemphill Gelder, P.C.
Raleigh, NC
About Résumé Reviews Contact
Not Yet Reviewed Review this lawyer
Is this you? Showcase your career achievements and connect with ideal clients.
Premium Placement
Enhanced Features
Upgrade to Enhanced Profile

Kathleen P. Tanner Kennedy, a Raleigh native, earned both her undergraduate and law degrees, with honors, from the University of North Carolina at Chapel Hill. While in law school, Ms. Kennedy was a member of the North Carolina Law Review. After graduating, she served as a law clerk to the Honorable Ed Carnes of the United States Court of Appeals for the Eleventh Circuit.

Ms. Kennedy spent several years as an associate at a large firm in Washington, D.C., Hogan Lovells, L.L.P. (formerly Hogan & Hartson, L.L.P.), where she was a member of the firm's litigation and legislative practice groups. She joined Tharrington Smith, L.L.P. in 2005, was subsequently elected a partner there, and practiced education law, serving as the lead attorney for the Chatham County Schools, Alamance-Burlington School System, Brunswick County Schools, and Jones County Schools, until early 2016, when she decided to spend a few years as a stay at home mother to her young daughter. In 2018, she decided to pursue her long-standing interest in estate planning and joined Hemphill Gelder, P.C.. Ms. Kennedy is a member of the Estate Planning Section of the North Carolina Bar Association. She is a past president of Phi Beta Kappa of Wake County, a Sustainer in the Junior League of Raleigh, and a member of Edenton Street United Methodist Church. She is married to Robert M. Kennedy, Jr., a partner at Phelps Dunbar, L.L.P., and they have one daughter.