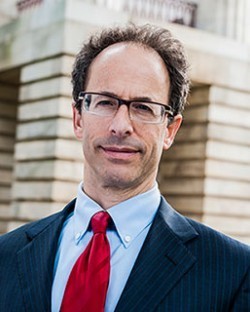 Education Law and Employment Lawyer
Tharrington Smith
Raleigh, NC
About Résumé Reviews Contact
Not Yet Reviewed Review this lawyer
Is this you? Showcase your career achievements and connect with ideal clients.
Premium Placement
Enhanced Features
Upgrade to Enhanced Profile

A native of Maryland and a former wrestler and wrestling coach, and now an avid rock climber, Jonathan Blumberg graduated from the University of North Carolina at Chapel Hill with an undergraduate degree in philosophy in 1982 and a law degree, with honors, in 1986. He served two years as a law clerk for Judge Eugene Gordon in the United States District Court for the Middle District of North Carolina before joining Tharrington Smith in 1988.

He is admitted to practice before federal courts in North Carolina, the Fourth Circuit Court of Appeals, and the United States Supreme Court.

Jonathan was selected for inclusion in the Education Law Section of Best Lawyers in America in 2013.

Mr. Blumberg is a public school board lawyer.