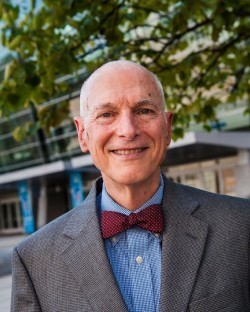 Administrative Law and Local Government Lawyer
Raleigh, NC
About Résumé Reviews Contact
Not Yet Reviewed Review this lawyer
Is this you? Showcase your career achievements and connect with ideal clients.
Premium Placement
Enhanced Features
Upgrade to Enhanced Profile

Michael Crowell is a governmental law attorney who has returned to Tharrington Smith after nearly a decade at the UNC School of Government teaching and advising judges and other public officials.

Mr. Crowell previously was at Tharrington Smith from 1985 to 2007. He is a 1970 graduate of Harvard Law School and received his undergraduate degree from the University of North Carolina at Chapel Hill in 1967.

Mr. Crowell’s involvement in government and the business of government is career long.

He began work out of law school at the UNC Institute of Government (now School of Government) where, among other things, he served as a consultant to the Criminal Code Commission and legislative study commissions on ABC laws and equal employment practices.

He trained a variety of public officials and wrote a handbook for legislators, the precinct manual used by election officials, the state extradition manual, and guides on search, seizure and arrest.

He also was Director of Legislative Drafting for the General Assembly for a session.

He argued appeals in the North Carolina appellate courts and the federal Fourth, Ninth and District of Columbia circuits. Mr. Crowell was a member of the General Assembly Election Laws Revision Committee and chaired the administrative law and constitutional rights and responsibilities sections of the North Carolina Bar Association.

In the mid 90’s he also served as executive director of the Commission for the Future of Justice and the Courts in North Carolina.

From 2007 to 2015 Mr. Crowell was a professor of public law and government at the UNC School of government, focusing on judicial authority and administration.

He assisted with the orientation of new judges, organized and taught in continuing education programs, and wrote and advised on subjects such as contempt, inherent authority, recusal, access to court records, judicial ethics and social media, and the like.

Now back at Tharrington Smith, Mr. Crowell will focus his practice in election law, appeals, local government, and administrative law.