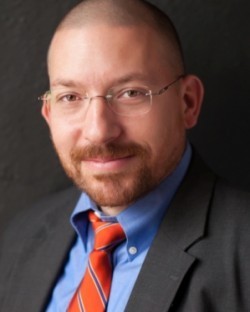 He is a native of Jackson County, NC where he attended Cullowhee and Smoky Mountain High Schools. David is a graduate of Appalachian State University with a Bachelor of Arts in Political Science. He received his law degree from the University of Memphis. He passed the Tennessee Bar in 2000, initially concentrating his practice in medical malpractice and nursing home negligence defense.

Additionally, David has extensive experience representing victims of Domestic Violence and, when needed, obtaining protective orders. He represents the Eastern Band of Cherokee Indians in various Indian Child Welfare Act cases on a conflict basis in North Carolina and in Tennessee. He has previously represented the Graham County Department of Social Services and is currently the Assistant Agency Attorney for the Haywood County Department of Social Services.

Community and Humanitarian work is important to David including volunteer efforts in Bosnia-Herzegovina, serving as past President of REACH of Jackson County, Inc., as Chairman of the Good Samaritan Clinic of Jackson County Inc., President of the Bosnian Community Farm Initiative, Inc., Chancellor of United Methodist Camp Tekoa and current member of the Rotary Club of Sylva.