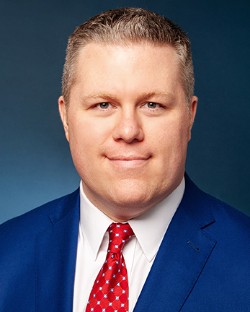 Hi, my name is Damon Duncan. This bio page is probably going to be different than a lot of the other bio pages you may have read. I have found over the years a lot of attorneys talk about all the credentials they have and I’ll do that too, just at the end of this page. Instead, I have found most of the people who reach out to us care less about what articles I’ve written or where I went to law school and care much more about what makes me…me. So that will be my focus.

So I’ll start with what’s most important to me. That’s my family. The rock of our family is my wife, Melissa. She’s amazing. Our story is pretty cheesy but it’s true. We have been together since our junior year in high school. We met when she was a high school cheerleader and I was a football player. I was a four-year varsity football player and was a captain my junior and senior years. I was all-conference and All-Observer (the Charlotte Observer) my senior year. I also played four years of lacrosse where I was a captain my senior year. Anyways, back to Melissa and me. We were high school sweethearts and were voted “cutest couple” in school. By now you’ve likely seen a picture of me so that tells you how beautiful she must have been to convince our classmates that we were “cute.”

After high school with both went to Elon University outside of Burlington, North Carolina. We loved it there. I was recruited to play football at Elon but, at the last minute, decided that there weren’t many six foot tall offensive linemen in the NFL so decided not to play. Instead, (I still can’t believe I did this even as I type it out all these years later) I was a collegiate cheerleader. As I said, I still can’t believe it. So let me tell you the quick story on how it happened. As I previously mentioned, Melissa was a cheerleader in high school. On our very first night at Elon University we went to a pep rally. It was one of those “welcome to college” style pep rallies. At the rally they had the cheerleaders perform some kind of routine. I just saw a bunch of guys throwing girls way over their heads. I was impressed but thought nothing of it at all. They then announced they were still looking for cheerleaders to fill out their team and, if you were interested, to stop by after the pep rally. Melissa was interested. She asked me to wait around for her so I did (She too cheered at Elon). I stood about 100 feet away as she went up to them and talked about the possibility of cheering in college. All of a sudden, the group of people she was talking with looked over at me and all at once started walking over to me. This included the cheerleading coach and about four female collegiate cheerleaders. They asked if I was interested. I politely declined. They asked if I would just come to a practice and I, again, politely declined. After about 10 minutes of conversation, they got me to agree to go and at least watch a practice. Did I say there were a handful of really good looking, collegiate female cheerleaders? Well, there were. I thought I would agree and then never show up. And I didn’t. Their next practice came and went and I didn’t think anything of it. I didn’t go. Next thing I know I had a message on my answering machine (this is when we still had landlines with answering machines) asking why I didn’t go to practice and to let me know the date and time of the next practice and they let me know they would come by my room to pick me up. I felt bad I didn’t go to the previous practice so I went. Of course, it went from just watching to me tossing a girl up above my head. There was another freshmen guy there by the name of Chris (he would eventually be a groomsman in my wedding) and he was better than me. What you have to understand is I’m ultra competitive. To a fault. So when someone was better than me I had to keep trying it.

Apparently, this wasn’t a quick story but to make a long story shorter fast forward and I was a cheerleader for my entire time in college. I was a captain part of my sophomore year and all of my junior and senior year. In hindsight, it was one of the best things I had ever done. Some of those people are my good friends to this day and it taught me a lot about working with the opposite sex. There has to be a lot of trust and communication when you are holding someone above your head on one hand.

So, Melissa is amazing. She’s an attorney too and is one of the deans over at Elon’s law school. We’ve been blessed with two amazing sons. They are best friends and they have absolutely added a lot of perspective in my life. As I’m sure many of you know, what was important before kids, somehow, is not important at all anymore. Currently, they love to play outside, color and drawing and are obsessed (thanks to Melissa) with movies like Wizard of Oz and Mary Poppins.

So after my family, the next most important thing to me is helping people. I have the ability to do that through my job as a bankruptcy attorney. I’m really lucky in that sense. There are a lot of people that say they want to help people who, instead, end up just punching in numbers. I do plenty of number punching but I also get to have the pleasure of talking with people every day about their problems and how those problems don’t have to continue being problems. So let me tell you a little more on how I got to where I am now.

After college, Melissa and I got married. About two months later we started law school at Elon University School of Law. While at Elon’s law school I got the pleasure of being in student government. I was the student body president during my third year. When I said I like helping people I wasn’t kidding. In addition to serving the student body, I also served as a Guardian Ad Litem where I served as a voice for young children who have been neglected or abused. While at Elon Law I also has the honor of being selected as “best all around.”

After graduating from law school Melissa and I decided to open a law practice in Greensboro and Winston-Salem, NC. We were really, really lucky though. Many of our classmates (and law school graduates across the country) graduated from law school and have to figure everything out on their own. We didn’t. My father, Terry Duncan, had been a bankruptcy attorney in Charlotte for a long time. He helped us tremendously when we opened a branch of his practice in Greensboro and Winston-Salem.

Prior to practicing, I had done everything that could be done in a bankruptcy law practice. From the time I was 12, I worked in my father’s law firm. I started off licking stamps (this was before they were self-adhesive) and stuffing envelopes, carrying files down to the courthouse to be filed (this is before they were filed electronically) and eventually started talking to clients and helping with their preliminary needs. Now I get the pleasure of meeting with clients everyday day and I’ve had the honor of passing the necessary tests to become a board-certified specialist in consumer bankruptcy.

So we truly are a family run law firm. I think that’s important to who we are. When coming out of law school I had a lot of opportunities to do work that may have been able to make me more money. However, from a young age, I’ve been lucky enough to be helping people in a meaningful way. When I started practicing law I wanted to continue that service. I’m not sure if there is a better feeling than having someone in my office who is stressed beyond measure due to their financial situation that I am then able to work closely with to close that chapter of their life so they can move forward. The smile on their face when they get that fresh financial start is worth a lot.

Remember earlier when I said family is the most important thing in my life? That’s true. That’s another reason I love having my own practice. I get to set my hours. If you are looking to hire an attorney who is available all hours of the day I’m not going to be that guy. I think you will find we are incredibly responsive. However, when I’m at home with Melissa and my boys, I’m not going to be taking phone calls or responding to emails. I mentioned earlier that having kids has given me perspective. They really have. Melissa and I have set a rule that when our boys are awake and we are at home, the work is put away. I hope you can appreciate that.

I think that mindset also makes me a better attorney. I can be dedicated to providing you the best service when I’m at work. It also reminds me that my clients can’t shut off some of their problems. When you’re in a financially difficult spot I know it’s not as easy as shutting a computer. It creeps into all aspects of your life. It makes you lose your appetite, keeps you awake at night and has an impact on your relationships with others. The good news is, we can help. And if we can’t, I’ll tell you that too. However, we can almost always give you several options on how to catch your financial breath.

So you now know a little bit about me. You know about the things that are most important to me in life. I’m sure some of the same things are important in your life. I hope you’ll give me the opportunity to talk to you about your financial situation so we can discuss meaningful ways to help you get focused, again, on those things that matter most in your life.

Ready to get started? You can contact me here. 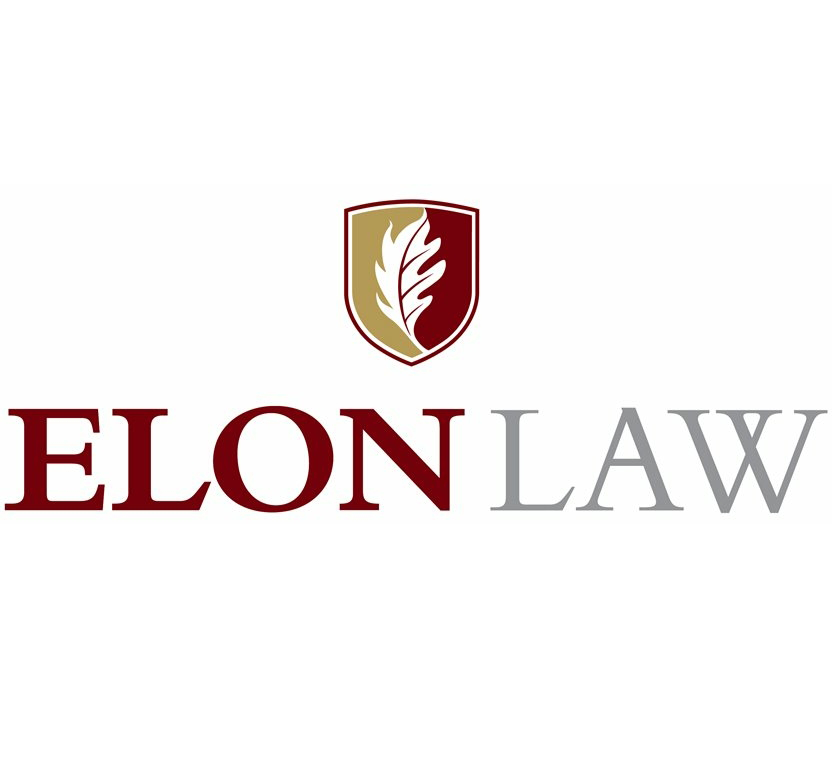 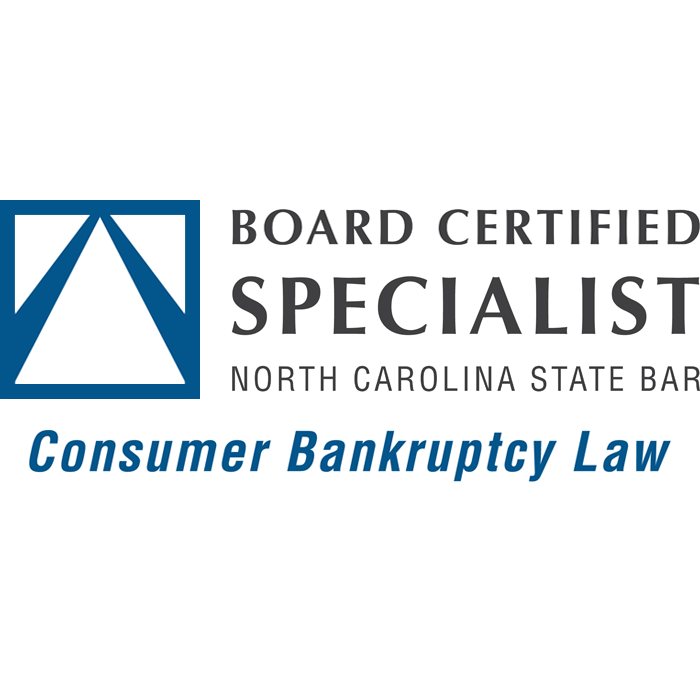 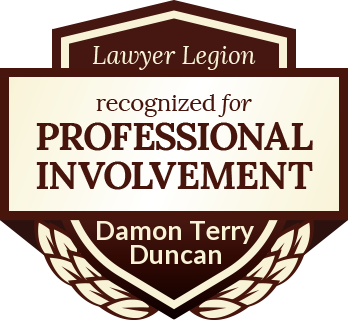