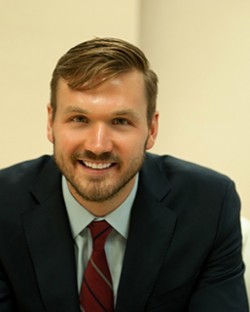 Colin Shive received his undergraduate degree Magna Cum Laude from Clemson University in 2006 and his law degree, with High Honors, from the University of North Carolina at Chapel Hill in 2011. While in law school, Mr. Shive participated in the Community Development Law Clinic and was a research assistant for the Center on Law, Environment, Adaptation, and Resources. Mr. Shive was also a staff member and editor of the North Carolina Law Review. Prior to joining Tharrington Smith, he served as a law clerk for the Honorable William L. Osteen, Jr. of the United States District Court for the Middle District of North Carolina.

Mr. Shive is a public school board lawyer.