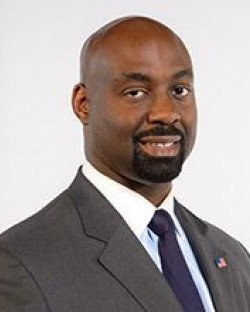 Attorney Charles Ali Everage has over 10 years of experience as a civil litigator. He is an advocate for his Social Security Disability clients. Originally from Montgomery, Alabama, he was admitted to practice in Alabama in 1998 before relocating to Charlotte in 2003.

Mr. Everage is a proud graduate of Florida A&M University in 1995 and graduated law school from Georgetown in 1998. In addition to being licensed in Alabama and North Carolina, Mr. Everage is admitted to practice in all three federal courts in North Carolina and Alabama, the U.S. District Court for the Northern District of Ohio, the Fourth Circuit Court of Appeals and the Eleventh Circuit Court of Appeals.