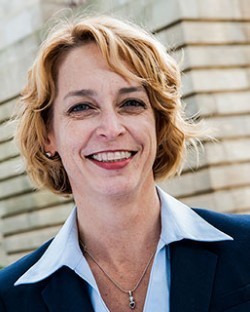 Employment Law and Education Lawyer
Tharrington Smith, LLP
Raleigh, NC
About Résumé Reviews Contact
Not Yet Reviewed Review this lawyer
Is this you? Showcase your career achievements and connect with ideal clients.
Premium Placement
Enhanced Features
Upgrade to Enhanced Profile

Carolyn Waller joined the Education Section of Tharrington Smith in 2000. Her practice includes public school law, special education, and employment law, with particular interest in the areas of freedom of speech and the First Amendment, search and seizure in the school setting, due process, open meetings laws and public records issues, and election law. Ms. Waller is a member of the North Carolina Council of School Attorneys and the Education, Labor and Employment, and Constitutional Rights and Responsibilities sections of the North Carolina Bar Association. She is admitted to practice before all state and federal courts in North Carolina and the federal Fourth Circuit Court of Appeals.

Ms. Waller graduated with honors in 1998 from the University of North Carolina School of Law, where she served as an editor of the North Carolina Journal of International Law and Commercial Regulation, was awarded a Daniel H. Pollitt Fellowship, and granted membership into the James E. and Carolyn B. Davis Society. Before joining Tharrington Smith two years later, she worked as a policy analyst with the North Carolina Center for Public Policy Research where her focus was on higher education in North Carolina.

Ms. Waller earned her undergraduate degree from the University of California, Berkeley in Anthropology in 1990, after which she moved to Micronesia and worked first as a field archaeologist and later as a journalist for the Commonwealth of the Northern Marianas Islands and the Commonwealth Council for Arts and Culture. Ms. Waller is a native of Michigan but calls Apex home, where she lives with her three children. If she survives the middle school years, she hopes to one day complete a triathlon.

Ms. Waller is a public school board lawyer.