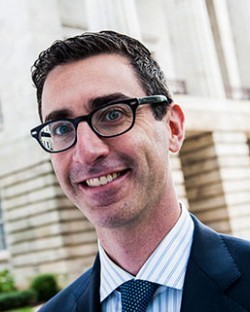 While serving on the school board, Mr. Mitchell entered law school at the University of California at Berkeley School of Law (Boalt Hall). He graduated in 2007 and was awarded academic prizes in civil procedure and trial advocacy.

Mr. Mitchell’s practice is focused on education and election law. In his education law practice, Mr. Mitchell assists school systems across North Carolina with a variety of legal issues. He regularly handles complex personnel matters and investigations, and advises clients on matters related to the open meetings, public records, policy revisions, special education, school construction, and other matters. He has also handled litigation in both state and federal courts on behalf of school system clients.

Mr. Mitchell has assisted individuals and candidates in a variety of elections matters, including successful election protests and residency challenges. He has also represented a political party in litigation concerning ballot access and has handled a variety of matters under the Voting Rights Act, including seeking preclearance under Section 5. Mr. Mitchell is knowledgeable about redistricting issues and has represented cities, counties, and school districts on redistricting matters following the 2010 census.

Mr. Mitchell is a public school board lawyer.