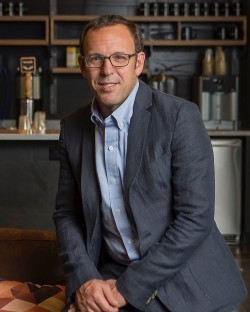 Employment Lawyer
The Ottinger Firm, PC
New York, NY
About Résumé Reviews Contact
Not Yet Reviewed Review this lawyer
Is this you? Showcase your career achievements and connect with ideal clients.
Premium Placement
Enhanced Features
Upgrade to Enhanced Profile

Robert Ottinger, founder of The Ottinger Firm, has never shied away from handling challenging, high-profile cases throughout his legal career. He has built a rock-solid reputation for helping employees take on employers large and small.

After clerking for Los Angeles Superior Court judges Robert Mallano, Robert joined the California Department of Justice as a Deputy Attorney General. For the next three years, he handled numerous jury trials involving juveniles and gangs in South Central Los Angeles as well as significant appellate work. Robert then joined the New York State Attorney General’s office as Assistant Attorney General in the civil division’s employment section. He won all 14 of his cases that went to jury trial. His next career move was becoming an employment attorney in private practice. He launched The Ottinger Firm in 1999 after working for another law firm for two years.

In his employment practice, Robert Ottinger has won numerous seven-figure verdicts and settlements on behalf of clients. He has developed a niche practice focusing on the financial-services industry, including wage-and-hour class actions against large New York banks.

In addition to his employment law expertise, Ottinger handled a prominent commercial dispute between his client, Marvin Isley, and the well-known musical group, The Isley Brothers. Marvin Isley claimed that he shared ownership rights to some of the group’s more popular songs and recordings with the other members of the band. Ottinger argued successfully in federal court in New York that Marvin did write and record the songs.

Representing individuals against large corporate entities is what Ottinger finds most satisfying in practicing employment law.

"We represent the small guy who’s alone - powerless, usually, compared to the company - and who’s been harmed. We go up against the biggest companies and the best lawyers they hire, and we still win," he says.

"Every case is a story. You tell the story through witnesses and documents. We almost look at our cases like plays or movies," Ottinger explains. "We actually have a document called ‘cast of characters.’ Each case has a ‘cast of characters,’ a fact chronology, and a ‘hot document’ list. When you go to trial, that’s all we need to help you."

The Ottinger Firm strongly believes in transparency and open communications with clients, using an online case-management system that clients can access to view all documents and communications about the case.

"I think one of the complaints about lawyers is poor communication with clients," he says. "But we have none of that."