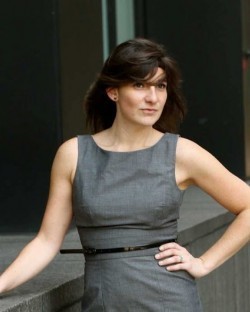 The Law Office of Rachel Einbund specializes in marriage and family based immigration, and a majority of her clientele are same sex couples and their families. A graduate of New York University and New York Law School, Rachel has always celebrated the melting pot mentality employed by the city. Most immigration firms focus on clientele from one region of the world. Rachel revels in working with people from all corners of the globe. Her firm takes on political asylum cases, working to help her clients and their families stay in this country for fear of persecution for living their lives openly in their home countries. She also helps victims of domestic violence who want to leave their spouses, but not leave the country. She knows the value of religious, political, and personal freedom, as well as the freedom of sexual expression and gender identity. Rachel fought for the repeal of DOMA by way of a marriage based immigration case before the U.S. Court of Appeals for the Second Circuit. She is a mentor to law students and has held free DACA workshops to help young people legislate their immigration status. She has done extensive pro-bono work for minors and for special cases. For over a decade she has been a member of AILA, the American Immigration Lawyers Association, whose mission it is to promote justice and fair immigration policy. She is a long time supporter of The National Center for Lesbian Rights and an active member of the National LGBT Bar Association as well as its Greater New York chapter. Rachel even became a Marriage Officiant to further immerse herself in the love, pride, and positivity she promotes.