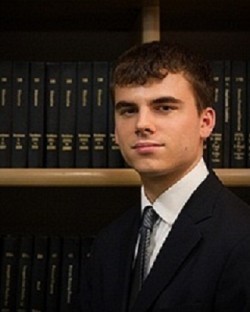 While at The University of Scranton Michael was a Member of the Honors Program, served as the President of the Pre-Law Society, and worked within the late Senator Arlen Specter’s Northeast Office as a Staff Assistant.

In 2009, Michael moved to East Lansing Michigan, in order to become surrounded by Big 10 athletics and pursue a law degree at Michigan State University School of Law.

While at Michigan State University School of Law, Michael received the Jurisprudential Award in Criminal Law I, which led him toward a summer internship in the Appeals Bureau at the Suffolk County District Attorney’s Office.

In 2010, Michael elected to return to his roots and found his true professional passion, real estate and sales. While attending Hofstra University School of Law, Michael worked as a Licensed Real Estate Salesperson at Coldwell Banker Residential, Huntington Office and hit the ground running, listing and selling several properties throughout Suffolk and Nassau County.

At this time, Michael also worked as a Certified Salesperson at Huntington Jeep Chrysler Dodge where he was consistently among the top performers in sales while overseeing and growing the American Expedition Vehicles customizations division.

In February of 2010, Michael was presented with the opportunity to join the Law Offices of Robert C. Polizzo, Esq.

During this time, Michael’s practice focus was on residential property transfers, and bank closings with major institutional clients such as Chase, Metlife, and Flagstar Bank. Michael also provided support within the Law Offices of Brian M. Giehl, Esq. where he discovered a passion for litigation after involvement in Landlord and Tenant and Insurance Recovery Issues.

In 2012 Michael worked as a Summer Associate at Brody, Brody & O’Connor, in Northport, NY where he strengthened his writing skills by drafting complaints, bill of particulars, and requisite motions while pending admission to the New York State Bar.

A product of a Jesuit Education, Michael has become immersed with the notion that "Of Those Whom Much Is Given, Much Is Expected," which is why professionally, Michael’s chief concern is to exceed the expectations of each client he has the pleasure of working with.