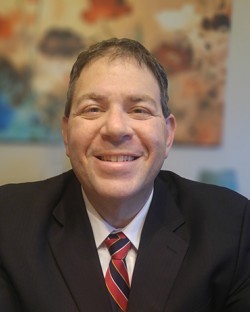 Criminal Defense Lawyer
Law Office of Glenn Kurtzrock
Hauppauge, NY
About Résumé Reviews Contact
Not Yet Reviewed Review this lawyer
Is this you? Showcase your career achievements and connect with ideal clients.
Premium Placement
Enhanced Features
Upgrade to Enhanced Profile

If you or a loved one has been charged with a crime, you need an experienced trial lawyer on your team. Contact us to get a former homicide prosecutor to help you.

Glenn Kurtzrock has been practicing law since 1999. After graduating from New York University in 1995 and Rutgers Law School in 1998, Glenn was appointed to be a law clerk in the New Jersey Superior Criminal Court where he worked on a daily basis with the senior criminal judge on the court, doing legal research and making recommendations to the judge.

In 1999, Glenn started working as an Assistant District Attorney in Nassau County, where he prosecuted a wide variety of cases including charges of Driving While Intoxicated, Grand Larceny, Resisting Arrest, Assault, Robbery, Burglary, and more.

In 2003, Glenn spent a year working for a Manhattan law firm conducting trials involving personal injury and no-fault claims. And then in 2004 he joined the Suffolk County District Attorney's office where he tried a large number of cases, mostly violent felonies. In 2010 he was assigned to the homicide bureau where he spent the next seven years investigating and trying murder cases.

Now a Long Island criminal defense lawyer, Glenn brings all of his experience handling criminal investigations and trials to every single client, no matter the charge. He will obtain the best possible disposition for you, and if a favorable plea bargain can't be reached, Glenn is not afraid to take your case to trial. When you're fighting for your life in the courtroom, you want a true trial lawyer standing beside you.

In addition to helping his clients, Glenn has been an adjunct professor in the Criminal Justice program at Briarcliffe College since 2011. He has also given numerous lectures to attorneys on topics including Technology in the Courtroom, Enhanced Evidence Techniques, Opening and Closing Strategies, Trial Preparation, and more. He also taught as a faculty member of the National College of District Attorneys in South Carolina.

Glenn is admitted to practice before all of the courts of New York State, as well as federally in the Eastern and Southern Districts of New York.

For more information, please visit our website at http://www.kurtzrocklaw.com