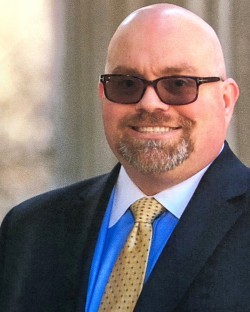 Personal Injury Lawyer
The Marcowitz Law Firm
New York, NY
About Résumé Reviews Contact
Not Yet Reviewed Review this lawyer
Is this you? Showcase your career achievements and connect with ideal clients.
Premium Placement
Enhanced Features
Upgrade to Enhanced Profile

Ed has assisted clients in the recovery of Hundreds of Millions of Dollars !The Marcowitz Law Firm concentrates in representing those injured due to exposures to the toxic cloud in the aftermath of the 9-11 Attacks under The James Zadroga Health and Compensation Act. He is extremely proud to serve as the personal attorney to the family of the NYPD Detective James Zadroga. Eddie's experience in representing those affected by the WTC attacks is quite unique. Ed Marcowitz has virtually unparalleled experience with respect to World Trade Center Claims. He spearheaded one of the largest Pro Bono efforts in history and worked extensively with Ken Feinberg in the original September 11 Victim Compensation Fund of 2001. Mr. Feinberg said he knew "of few lawyers I worked with in my administration of the VCF that are more capable or qualified than Ed." After the original VCF had closed Ed also represented a select few clients in the Federal World Trade Center litigation, where after appealing an award he was successful in obtaining over $1,900,000 Dollars which would be one of the highest awards issued. During this same time period Mr. Marcowitz was also successful in another pro bono effort relating to the World Trade Center Disaster, when he was successful in overturning FDNY Pension Board decisions that denied disability pensions’ to members of New York’s Bravest who had suffered debilitating lung injuries as a result of their heroic efforts at ground zero. The victories were unprecedented and were chronicled in the New York Daily News, The New York Law Journal and The Chief-Leader. At the same time Ed continued to lobby Congress to reopen the September 11th Victim Compensation Fund. That fund was finally signed into law in 2010 and came to be know as the James Zadroga Health and Compensation Act. Upon it’s passage Mr. Marcowitz a speaker at a Fealgood Foundation (one of the premier advocacy groups for the 9-11 Community) event at Queens College which sought to educate the public about the new fund. He has been responsible for the submission and appeals in hundreds of claims and has helped recover substantial sums of money on behalf of families. We promptly return your phone calls...and not just when we are trying to sign you up as a client ! When you are a client of our office the least we can do is promptly return your call !